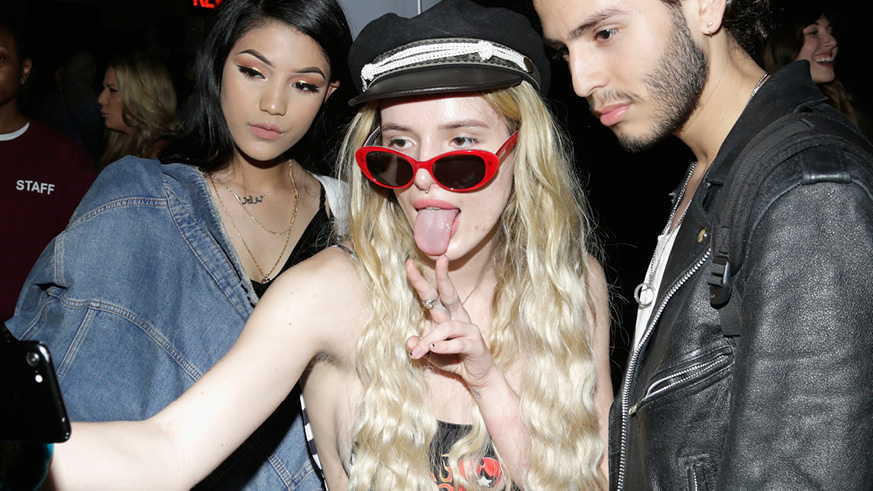 Bella Thorne is opening up about her brief and gross romance with Scott Disick and it’s pretty hilarious, considering.

The 19-year-old attempts to clarify some things, to no avail. Like girl, we saw the pictures. We know what was happening. You don’t have to fib. About those pictures of him seemingly grabbing her boob, like he’s falling off a cliff and it’s the only thing between him and a long descent to death, she says it wasn’t even like that! “Honestly my nipple came out of my bikini and he tried to fix it for me,” she told Complex UK.

“And it looks like he’s grabbing my boob. That’s very nice of you to actually not sit there and stare at my nipple because my boobs are big — they come out of my shirt all the time! You can’t keep those suckers down.” Ah, to be young.

Yo this #cannes fancy life isn’t for me

She also says, when it comes down to it, 34-year-old Disick is just way more into partying than she is. “Scott is really nice, sweet, charming,” she says. “I don’t drink, and he really drinks a lot. …I just wasn’t down. I was like, ‘I gotta leave.’ We were [at Cannes] a day and a half before I was like I’m booking my flight and leaving. I love to go out and have fun, I love to fucking dance, but I just don’t party hardcore like that and it was way too much for me. I was like, ‘Woah, this is not the way I live my life, bruh.’”

Also, the “Famous in Love” star mentions that they were just friends which, girl I guess.

Somewhere Kourtney Kardashian is cracking up.