The 2018 Winter Olympics are set to begin in February and if you’re a sports fan, or, just enjoy watching athletes from around the world representing their countries while competing for Olympic medals, then the Pyeongchang Winter Games will keep you entertained throughout the month of February.

Below is a brief guide to provide you with some basic information about the location, start and ending ceremonies, the games, and how to watch/live stream online.

Where are the 2018 Winter Olympics games held this year?

This year, the 2018 Winter Olympics will be held in Pyeongchang, South Korea which is located about 78 miles east (126 km) of Seoul, the country’s capital.

When are the opening and closing ceremonies?

Closing ceremonies for the 2018 Winter Olympics will be on Sunday, February 25.

Meet Soohorang, the official mascot of the Pyeongchang Winter Olympics

If you’re wondering what the official mascot is for the 2018 Winter Olympics, it is a white tiger named Soohorang. According to the Olympic website, the white tiger is “closely associated with Korean mythology and culture” and is recognized as a symbol of “symbol of trust, strength and protection.” 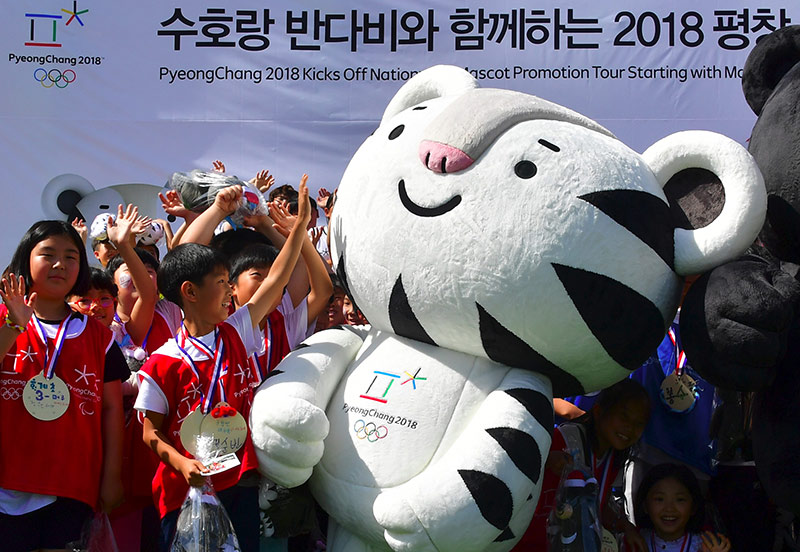 When do the 2018 Winter Olympics games begin?

According to the IOC, the events were added based on “added value; youth appeal; attractiveness for TV, media and the general public; gender equality; minimum impact on the number of events and/or quotas; and infrastructure and operational cost and complexity.” Overall, the IOC wants to make the 2018 Winter Olympics a more enjoyable experience for viewers.

So, what do the 2018 Winter Olympics medals look like?

According to Lee Suk-woo, the selected medal designer for this year’s Winter Olympics the medals are representative of his homeland, Korea and are “a celebration and a lifetime of hard work and dedication for all the athletes who will receive and cherish them.” 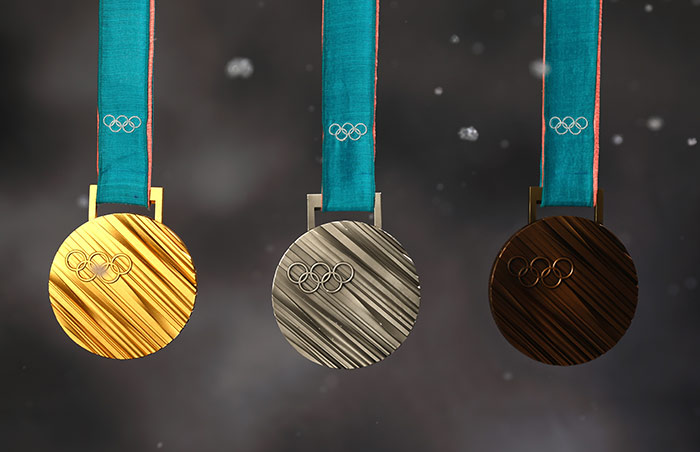 The 2018 Winter Olympics will be broadcast live across all time zones, giving viewers the opportunity to watch all of the events live from Pyeongchang, South Korea. This was a big issue during NBC’s coverage of last year’s Summer Olympics in Rio De Janeiro. There was a mix of live broadcasts/streaming mixed in with tape-delayed broadcasts which caused confusion and spoiled event results for a lot of people.

According to NBCUniversal, there will be more than 2,400 hours of Olympics coverage spread across their live television networks and streaming apps, so watching the 2018 Winter Olympics will be easy.

You can catch all the action on NBC, NBCSN, CNBC, USA Network, NBCOlympics.com and the NBC Sports app.

According to NBCUniversal, the Pyeongchang Winter Olympics will be the first winter Olympic games to have streaming coverage for connected TVs. That means if you have Apple TV, Chromecast, Amazon Fire, Roku, Win10 or ComcastX1 you’ll be able to watch NBC Olympics coverage.

When it comes to watching major events online, there are people out there who figure out how to get around paying for a TV subscription. Services such as Sling TV offer free trials of their services, but it will only be available for seven days. If you’re looking to watch the 2018 Winter Olympics online for free, all you need to do is search online and you’ll find a handful of sites offering links to watch online. You can find live streaming links on YouTube, Facebook, UStream or Periscope but it’s not guaranteed those links will remain active for long.