As the vote on net neutrality — currently scheduled for this Thursday, December 14 — awaits the FCC, tensions are high. A total of 21 big-name leaders of the Internet world just published an open letter to the Senate Commerce Subcommittee on Communications, Technology, Innovation, and the Internet, which oversees the FCC, asking them to request cancellation of the vote soon to be conducted by chairman Ajit Pai.

Pai has been actively seeking to repeal the rules protecting net neutrality, which in summary, ensures that the Internet is an open platform for all users and that service providers (ISPs) are neither blocking/slowing the process of retrieving content nor charging people extra to view it.

If the rules protecting net neutrality are repealed, then users could have to pay more money to get access to the same information that — say — a big business (with money) has access to. Or, your own content could be blocked from public view. (For more on net neutrality click here.)

A call for delay

Internet pioneers like inventor of the World Wide Web Tim Berners-Lee, “father of the Internet” Vinton Cerf, Mozilla Foundation executive chairwoman Mitchell Baker and businessmen like Apple co-founder Steve Wozniak were among the 21 to sign the letter.

In it, they accuse Pai of moving too fast, calling the planned vote, “rushed and technically incorrect,” and “an imminent threat to the Internet we worked so hard to create.”

As The Verge reports, the letter claims that Pai is basing the vote on “a flawed definition of how the Internet works, suggesting that people already expected ISPs to manipulate their data,” discussed in a 43-page-long joint comment to the FCC signed by 200 prominent Internet engineers.

“Despite this comment, the FCC did not correct its misunderstandings, but instead premised the proposed Order on the very technical flaws the comment explained. The technically-incorrect proposed Order dismantles 15 years of targeted oversight from both Republican and Democratic FCC chairs, who understood the threats that Internet access providers could pose to open markets on the Internet.”

They also claim that the FCC hasn’t engaged with the people who will actually be affected by the repeal of the net neutrality laws. The letter states that the FCC “has not held a single open public meeting to hear from citizens and experts about the proposed order” even though major technology companies and citizens alike have protested in resistance. 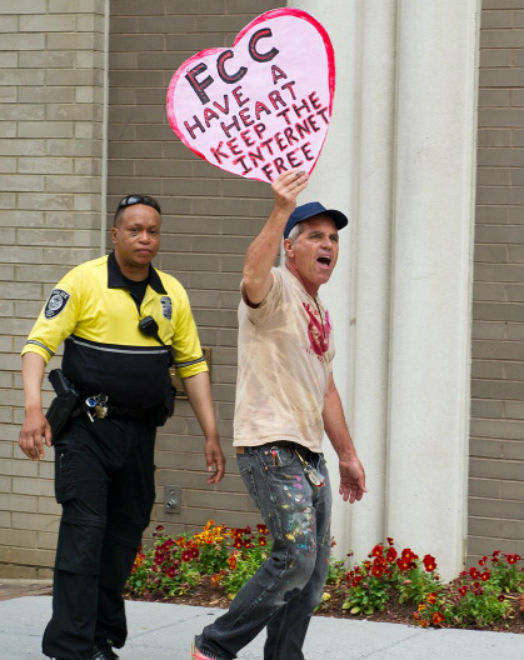 The FCC did open a comment forum to the public, but it reportedly experienced problems with spam and duplicate addresses allegedly submitted by bots. New York attorney general Eric Schneiderman recently called the FCC to put off the vote due to these fake comments, claiming that over 1 million Americans had their identities falsely used on the forum. (Schneiderman’s office also posted a page where you can check if your name is among those falsely used.)

This makes sense: how can the FCC take into account public opinion on a matter directly affecting them when it seems as though comments are not in fact from the public?

Ultimately, those who signed the open letter feel that there’s only one option: “It should be stopped.”

Want to do something? Here’s how:

Starting Tuesday, December 12, there’s a campaign to “Break the Internet” with calls to stop the net neutrality vote scheduled for Thursday. The goal is to accumulate so much attention on the matter during the 48 hours leading up to the vote that the FCC has no choice but to listen. To join the protest, you can simply post on your social sites — and organizers even provided templates for tweets you can share to your followers in a handy spreadsheet.

The FCC is days away from voting to kill NetNeutrality, but Congress can still stop them. On December 12th we’ll #BreakTheInternet to stop censorship, throttling, and extra fees: https://t.co/wPwlsyHwrk

On the “Break the Internet” site, they give further instructions on how you can participate:

“Here’s a big list of creative ways to ‘Break the Internet’ for the 48 hours before the FCC vote. Go wild and Tweet every 10 minutes until the FCC vote, change your job on LinkedIn to ‘Defending Net Neutrality’ or say you’re “Married to the Open Internet” on Facebook. Do whatever you can to get *everyone’s* attention and drive phone calls to Congress.”

The @FCC is scheduled to vote on the future of #netneutrality *this week*. FCC Commissioner @JRosenworcel is asking you to light up the phones and call Congress:

In her words, “Let them know that you care about this — that Internet service is an essential part of modern life, and you want to make sure that openness remains the law of the land.”