Oscar at the Crown is the queer nightclub musical Oscar Wilde would've loved.
The Neon Coven

The Holiday Train Show rides out, get some adult sex ed, celebrate the legacy of MLK and more things to do in NYC this weekend.

If the phrase “immersive queer nightclub musical” doesn’t get you tingling, we can’t help you. But if you like that, The Neon Coven’s Oscar at the Crown is a new production starring Oscar Wilde and The Real Housewives trapped inside a secret bunker in the fascist future. It’s about them, but also about you and nightlife, so expect to dance. Weekends Jan. 18-Feb. 2, 3 Dollar Bill, 260 Meserole St., Brooklyn., $25, theneoncoven.com

The personal life of Andy Warhol

We know Andy Warhol’s work, but it’s time to get to know the man behind the lens. Captured: Andy Warhol in Rare Photographs collects a series of black-and-white photos by fine art photographer Robert Levin reveal an intimate and highly personal glimpse into two days in the life of Warhol in 1981. Through Jan. 31, Mon-Fri 11 a.m.-5 p.m., The Elizabeth Collective, 10 W. 56th St., free, theelizabeth.nyc

The last days of Rock

School of Rock is ending its Broadway run and hitting the touring circuit. This weekend is your final chance to see the Andrew Lloyd Webber musical starring some of the hardest-working kids in show business. Through Jan. 20, Winter Garden Theatre, 1634 Broadway, telecharge.com

With Black Panther becoming the highest-grossing comic book film of all time, it’s clear the world wants to see new faces behind the masks of their favorite heroes. Meet the writers, illustrators and publishers who have been bringing diversity to the comics scene at this weekend’s Black Comic Book Festival. Back for a seventh year, the free two-day event will have panels, a marketplace, tons of cosplay and more nerdy fun. Jan. 18-19, Schomburg Center, 515 Malcolm X Blvd., Harlem, free, eventbrite.com

Step back in time

For well over half a century, the Winter Antiques Show has been bringing together some of the world’s best vintage pieces from ancient times to modern classics. Special this year is an exhibit on historical objects from Nantucket, including the 1820 shipwreck of the Essex said to have inspired Moby Dick. Even if you’re not there to buy, browsing is like going to an eclectic museum, and proceeds benefit the East Side House Settlement. Jan. 18-27, hours vary, Park Avenue Armory, 643 Park Ave., $25, thewintershow.org 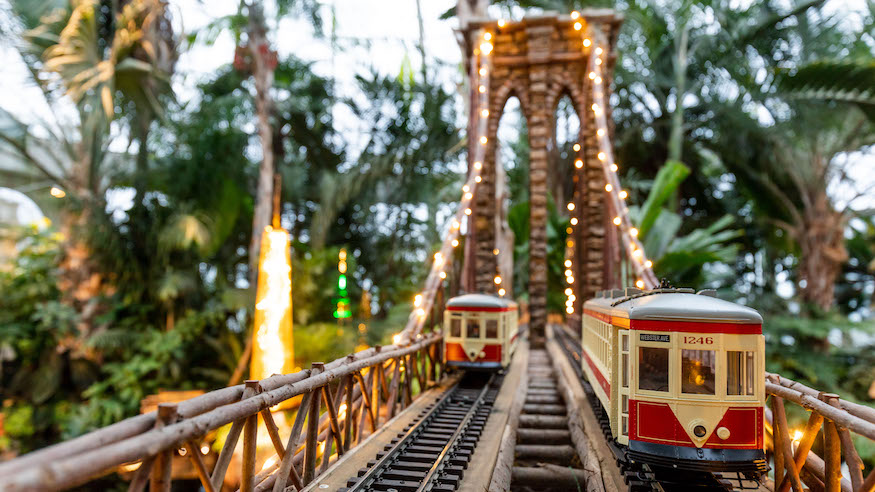 Things to Do in NYC: Last chance for the Holiday Train Show

Christmas never really ends in our hearts, but the New York Botanical Garden’s annual Holiday Train Show winds down this coming Monday. See the new Lower Manhattan landmarks including One World Trade and the Staten Island Ferry among 175 buildings, stations and more all made of bark, leaves and other natural materials. Through Jan. 21, 2900 Southern Blvd., Bronx, $30 adults, $18 kids, nybg.org

Women are having their voices heard now more than ever, but there’s still plenty to do. Whether you’re fighting for justice at work, the doctor’s office or the courts, support the cause of equality at the third annual Women’s March, setting out from 75th Street and Central Park West heading downtown to 43rd Street and Sixth Avenue. Jan. 19, 10 a.m.-4 p.m., womensmarchalliance.org

The Sex Ed you didn’t have

Dani Faith Leonard wants to plug the holes of your education when it comes to sexual health and history. January’s edition of Adult Sex Ed focuses on purity, from current Purity Balls to the anti-masturbation tours of the 19th century, told through personal stories by special guests, scripted sketches and lots of hilarious real talk. Jan. 19, 9 p.m., Caveat, 21A Clinton St., $15 advance, $20 the door, must be 21+, caveat.nyc

Howl at the moon

A lunar eclipse will reveal a rare “super blood wolf moon” over North America — the cool name is thanks to Native American tradition plus some astronomy jargon. Hide your werewolves, but the rest of you should come out for the only total eclipse of the moon over North America until 2021. Jan. 20, 9:36 p.m.-12:44 a.m.

This Monday commemorates civil rights leader Martin Luther King Jr. who fought first of all for equality, but also so much more. At the Brooklyn Academy of Music’s 33rd annual tribute, civic leaders and performers come together for the city’s largest creative gathering on MLK Day “to keep King’s message alive.” Jan. 21, doors at 8 a.m., 30 Lafayette Ave., free, bam.org

Get back on track for a better 2019 at the FutureMakers series at Listen Bar. After popping up in Williamsburg late last year, the non-alcoholic cocktail pop-up is back on Mondays in January at VON Bar, serving mocktails by the likes of Jack McGarry of The Dead Rabbit with real talk from entrepreneurs, venture capitalists and others hustling to forge their own future. Jan. 21 & 28, 7-11 p.m., 3 Bleecker St., listen.bar 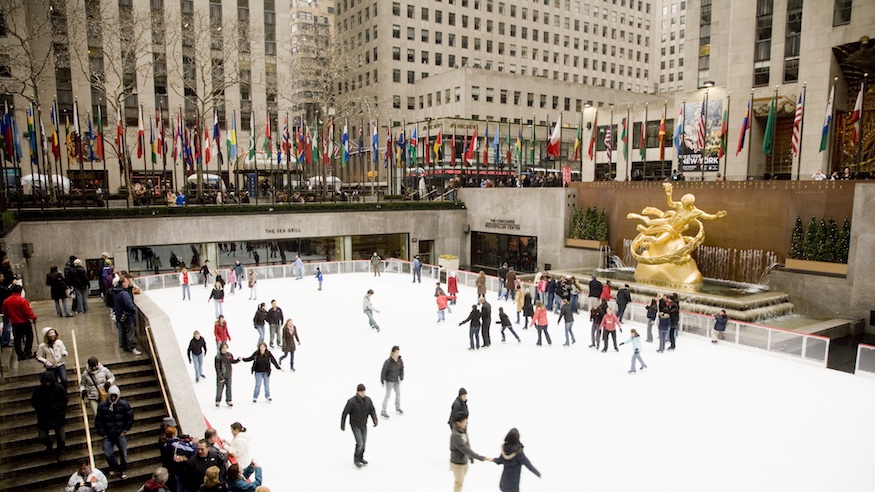 See where movies are headed

Be the first to know about the filmmakers to watch at the Museum of Moving Image’s annual survey of the best alternative cinema from around the world. Full-festival passes are just $45 to see over a dozen narrative works, features and shorts from China, Israel, Pakistan and Taiwan, just to name a few, plus live performances and artist talks. Jan. 11-21, 36-01 35th Ave., Queens, $15-$45, movingimage.us

David Kwong builds crossword puzzles for the New York Times by day, but by night he’s actually better known as a magician, who has consulted on projects from Now You See Me and NBC’s Blindspot. Now he’s appearing as The Enigmatist at the High Line Hotel, inside a mysterious room called the Riverbank Estate for a night of illusions, cracking riddles and solving puzzles. Fridays and Saturdays, Jan. 4-26, 180 10th Ave., $85, enigmatistshow.com

The New York Jewish Film Festival dedicates two weeks showcasing Jewish history, culture and spirit through movies curated by The Jewish Museum and the Film Society of Lincoln Center, through a mix of documentary, narrative and short works from both new and established filmmakers. In addition to screenings, the fest features talkbacks with directors, critics, professors and more. Through Jan. 22, Walter Reade Theater, 165 W. 65th St., free-$25, filmlinc.org

Back by popular demand, The Boy Band Project is bringing its booty-shaking brunch spectacular to The Green Room 42, pop-and-locking to all your favorite songs from the ‘90s and beyond, from Boyz II Men to *NSYNC to One Direction, played by the stars of Broadway shows including Wicked, The Book of Mormon, Rock of Ages and more. Jan. 27, 2 p.m., 570 Tenth Ave., fourth floor inside YOTEL, $22.50-$52.50, ovationtix.com 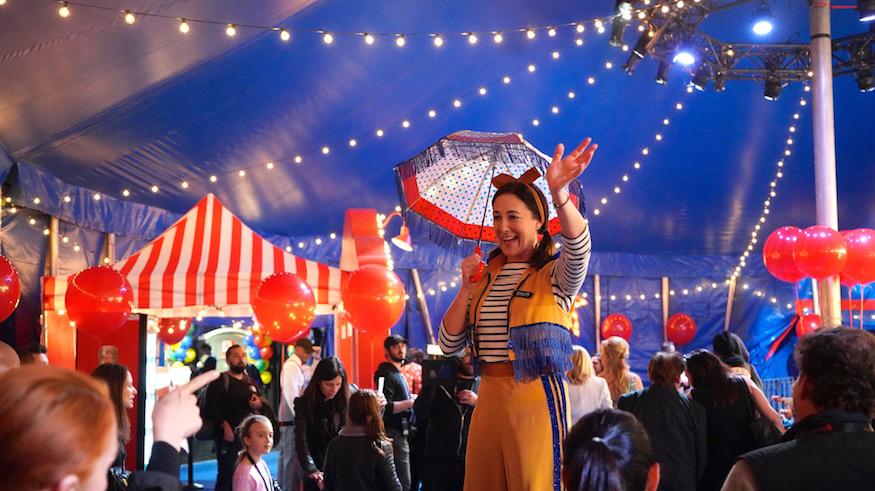 Things to Do in NYC: The Big Apple Circus swings again

Who is Andy Warhol? The Whitney Museum goes on a vast journey to find out in its major winter exhibit Andy Warhol: From A to B and Back Again, opening Nov. 12. The show peels back his carefully crafted persona, the show looks at how Warhol changed the role of artists in society, including new materials discovered after his death in 1987. Nov. 12-March 31, 99 Gansevoort St., included with admission: $25 adults, free for kids 18 and under; whitney.org