50 Years later, the Stonewall Inn is spreading Pride all over the globe - Metro US
Lifestyle

50 Years later, the Stonewall Inn is spreading Pride all over the globe It was a rainy day in New York City as legendary bar and ground zero for Global Pride the Stonewall Inn celebrated its 50th anniversary of Pride with a kick-off party. The night was a fundraiser for the bar’s official foundation, the Stonewall Inn Gives Back Initiative (SIGBI), in order to raise resources for activist groups in mostly-rural areas to help fund their efforts to effect meaningful change on the ground.

The energy in the packed bar was palpable as people were drinking and celebrating this special evening in the place where those riots of the Stonewall Uprising occurred half a century ago. Patrons and friends packed the upstairs room as members of SIGBI presented a grant to Brandon West, a young activist from Southeast Kansas whose organization, Project Q&A, had helped to bring visibility to the LGBTQ community in his rural area.

“All across our nation, in towns large and small, there are members of our rainbow family living in fear of being fired from their jobs, denied housing, and being shunned from their communities,” said West, addressing the crowd. “Living in rural communities can be a scary and isolating place for LGBTQ people. Yet even in small towns, there are a large number of LGBTQ individuals being supported by an even larger number of allies. In 2016, I started an organization called Project Q&A with a mission to raise awareness for the LGBTQ community through education, empowerment and visibility. Connecting our sizable gay community with our allies, we worked to ensure that our small rural area isn’t so isolated.”

After receiving help from SIGBI in 2017, Project Q&A was able to host the very first Pride in Southeast Kansas. In offering this kind of meaningful support, the Stonewall legacy is being spread all over the globe to even the most unlikely of places — which is, after all, the battle that needs to be fought.

The Stonewall Inn is still leading the way for World Pride. 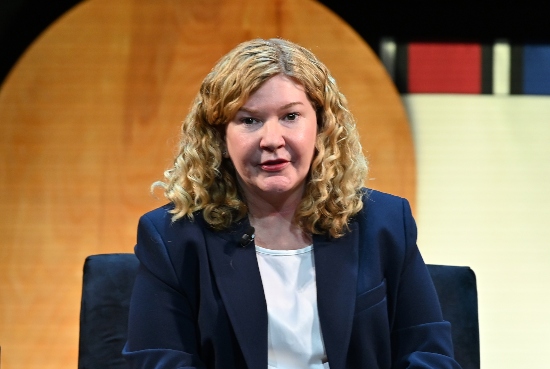 “The whole purpose of this is to keep the Stonewall legacy alive and use that global name across the country and use it in those places where they really need it where they still have the social stigma that they face every day,” explains Stacy Letz, co-owner of the Stonewall Inn and co-founder of SIGBI.

You can feel the tremendous weight and importance standing in the room. But more than that, the energy in the Stonewall Inn feels like a reassuring hug. This is a safe space. All are welcome here.

“It’s the gay church, it’s where people come to rejoice or where people come to mourn,” says Kurt Kelly, who co-owns the Stonewall Inn with Lentz. “It’s where lesbians, gay men, transgender, drag queens, straight allies — straight people if they want to come in — bears, leather…this is their home! It’s a safe space for everyone. It’s so globally known. I was just in Italy and one door that I saw had a picture of the Stonewall with a brick and a high heel [laughs]. That’s how well-known it is!”

So what will be Stonewall’s legacy 50 years from now? As the neighborhood institution still remains where it always has, the word “Stonewall” itself has become a signpost for the LGBTQ community across the globe. For Lentz, she believes the Greenwich Village bar will be remembered and looked to as an example for future generations of how to create an all-encompassing safe space.

“Stonewall itself is a global icon, a symbol across the globe, and that’s what it needs to be,” explains Lentz on the importance of the bar. “We want to make sure it stays a bar and a place for the community to gather. That has to happen. Over our dead bodies will we let that go under, and I think the community is with us. Pride began and the activism started in a gay bar and gay bars are where our community has been born.”