National Amelia Earhart Day, the birthday of the famous American aviator, is every year on July 24.

Earhart was a pioneer for female pilots — and all pilots for that matter. In 1932, she was the first woman and second person to fly solo across the Atlantic.

She was also the first person to fly across the Pacific and continued to set records (for example, she was the first to fly solo from Mexico City to Newark in 1935 and the first to fly from Hawaii to California that same year). “Flying may not be all plain sailing, but the fun of it is worth the price,” she once said.

On July 2, 1937, during the last stretch of their trip around the world, Earhart and her navigator, Fred Noonan, mysteriously disappeared. They were trying to reach Howland Island in the mid-Pacific.

The last transmission heard from them was, “We are running north and south.”

It was believed that their plane, Electra, crashed — but neither she nor Noonan were ever officially found. Earhart was 39.

The U.S. government spent $4 million dollars in extensive air and sea search efforts that covered 250,000 square miles of ocean. They called off the search 17 days after Earhart’s disappearance. She was legally declared dead in 1939.

Some people theorize that she was captured by Japanese troops, or that she planned a death by suicide — but most credible theories predict her plane merely ran out of fuel.

You knew that Earhart set records. You also probably knew that she was married to George Putnam, the publisher of her autobiography (though she seemed to have unwavering independence, writing to Putnam on their wedding day, “I want you to understand I shall not hold you to any medieval code of faithfulness to me nor shall I consider myself bound to you similarly”).

In honor of Amelia Earhart Day, here are six things you didn’t know about Earhart.

According to Earhart’s official website, she saw her first plane at the Iowa State Fair in 1908.

“It was a thing of rusty wire and wood and looked not at all interesting,” Earhart, at 10 years old, said.

Earhart rode in a plane for the first time — as a passenger — in December 1920, and her first flying lesson was early the following month (she just knew what she was meant to do).

Another female aviator taught her how to fly

Earhart reportedly kept a scrapbook of newspaper clippings detailing the successes of women in male-dominated fields.

So it’s only fitting that Anita “Neta” Snook, the first woman to run her own aviation business and commercial airfield, was the one to give Earhart flying lessons in 1921.

When Snook first met Earhart at California’s Kinner Field, she said, “I liked her on sight.”

“I liked the way she stated her objective. ‘I want to fly. Will you teach me?'” Snook wrote in her book entitled, “I Taught Amelia to Fly.” 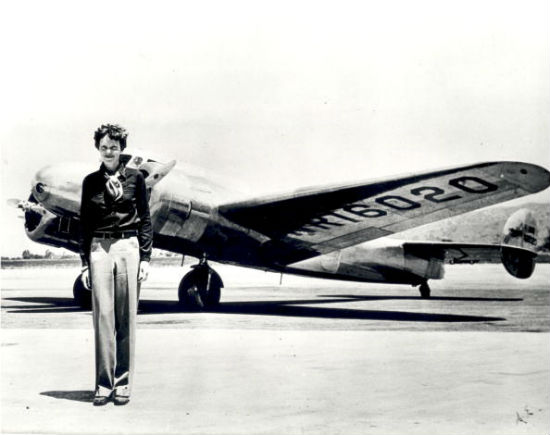 Earhart’s first flying lesson was reportedly on January 3, 1921. She then bought a plane six months later after saving up money working odd jobs.

This plane was a used Kinner Airster biplane, which she called “The Canary” for its bright yellow color.

Earhart was the aviation editor at Cosmopolitan Magazine. She published articles like “Shall You Let Your Daughter Fly?” and “Why Are Women Afraid to Fly?”

Her first column was titled, “Try Flying Yourself” and was published in the November 1928 issue.

Earhart once wrote of her editorial position, “With ‘Cosmo’s’ enormous circulation, I welcomed the opportunity to reach a great audience with my favorite subject.”

She launched her own clothing line

Earhart reportedly began manufacturing a line of separates in 1933 out of a suite in New York’s Hotel Seymour.

Amelia Earhart Fashions, which consisted of dresses, blouses, pants and suits, first debuted at R.H. Macy & Co, according to History.com. It went on to be sold at 30 department stores across the country.

Each piece of clothing had a tag with Earhart’s signature in “black writing overlapping a red plane.”

As one Metro staffer said the week leading up to Amelia Earhart Day, “She was the original Instagram influencer.” (This staffer also pointed out that she was “totally” one of the original feminists too.) 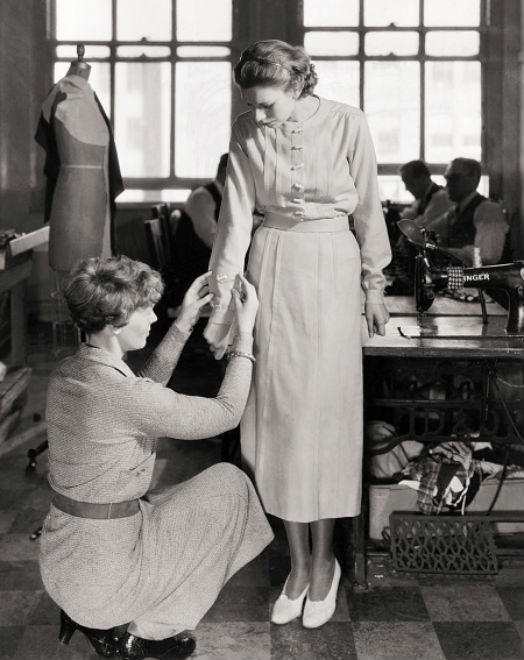 Researchers think they found her remains in the Pacific

According to research published by University of Tennessee anthropology professor Richard Jantz, remains found on a remote island in the Pacific Ocean in 1940 (extensively re-examined with modern technology) could be Earhart’s.

The bones reportedly “have more similarity to Earhart than to 99 percent of individuals in a large reference sample.”

The search for answers continues, and on Amelia Earhart Day we honor her and her lasting influence on what it means to push the envelope and quite literally do the impossible.