The pop culture artist personally unveiled Seated Ballerina on Friday morning, a 45-foot-tall inflatable figure made of nylon who will preside over the Midtown landmark until June 2. She’s shown pulling on her pointe shoe and sits just steps away from the iconic Radio City Music Hall, home of the Rockettes.

The work winks at Koons’ most famous statue, 1994’s Balloon Dog, in which the balloon animal is made of steel. A similar bunny version can be seen by passersby through the glass-walled lobby of 51 Astor Place. Want to see more great public art? Check out our roundup of the best sculptures around the city.

“Seated Ballerina” takes its inspiration from a small porcelain figurine also created by Koons for his Antiquity series and meant to be a modern depiction of Venus, the Roman goddess of love and beauty. (In a possibly related detail, the work is sponsored by skincare brand Kiehl’s.)

She also has an important goal: to raise awareness that May 25 is National Missing Children’s Day. The national day to honor the agencies working to solve missing children’s cases came out of the 1979 disappearance of Etan Patz, the 6-year-old SoHo boy kidnapped while walking to his bus stop. His body was never found, but in 2012 a family member reported former bodega worker Pedro Hernandez to police. He confessed and was sentenced in February to 25 years in prison.

Koons’ work first appeared in Rockefeller Center in 2000, when he installed a 43-foot-tall “living sculpture” called Puppy whose exterior was covered nose to paw in flowering plants. 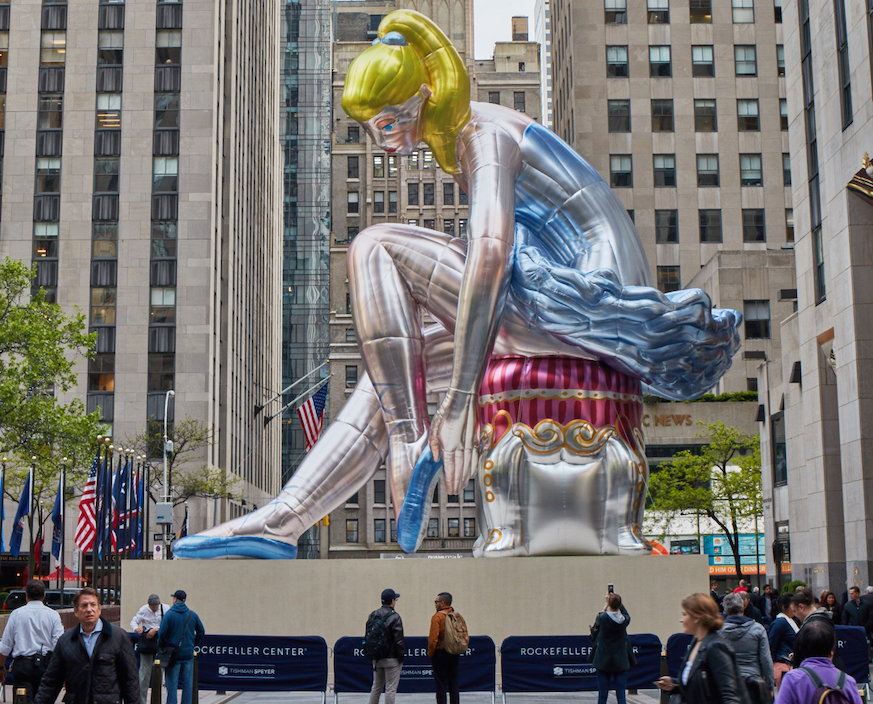