A Sandlot prequel is in the works, so get your baseballs ready - Metro US
Movies

A Sandlot prequel is in the works, so get your baseballs ready Twenty-five years after its release, The Sandlot, a coming-of-age classic from 1993, is getting a prequel.

Deadline reported Tuesday that 20th Century Fox is in early development of a Sandlot prequel, and David Mickey Evans, the writer and director for the original film, is reportedly co-writing the script with Austin Reynolds.

The Sandlot got two direct-to-video sequels, The Sandlot 2 (2005) and The Sandlot: Heading Home (2007). Now, it’s receiving a prequel no one saw coming (kind of like the Sopranos prequel announced in March).

Set in Los Angeles during the summer of 1962, the film featured Thomas Guiry as Scott Smalls, the new kid in town (the worst kind) who tries to make friends by playing baseball with a neighborhood team. They take him under their wing and ultimately teach him about the value of risk and adventure.

Details on the prequel of The Sandlot are limited at this time, but it will reportedly focus on the infamous “Beast,” Mr. Mertle’s (James Earl Jones) English Mastiff named Hercules.

The Sandlot prequel will supposedly delve into the Beast’s past. Legend has it, the dog lurking beyond the sandlot’s fence ate not only baseballs, but humans too.

What do you think of this Sandlot prequel news?

One Twitter user wrote, “What? There is nothing before The Sandlot. All life started at The Sandlot.”

As it turns out, much of social media seemed to express the same thing: no one wants this.

One fan, Courtney from New York (who actually considers The Sandlot to be her “favorite movie of all time”), told Metro she’s “here for it, while remaining cautiously optimistic.”

In the spring, the original Sandlot cast reunited for the 25th anniversary of the film.

At the Sandlot reunion, Evans told Today show reporters, “The film was made with the same amount of love that people have for it. It was the greatest summer of our lives.”

Until the prequel takes shape, here’s how to watch the baseball classic from the comfort of your living room.

Where to watch The Sandlot online

The Sandlot was released in late March on Blu-ray and Digital HD.

It was taken off Neflix after a three-month window in August 2016, but there are plenty of places to watch the film. You can rent it on Google Play, Prime Video, YouTube, and Vudu for under $4.

You can also stream The Sandlot with an HBO Now subscription and on HBO Go (free with your paid HBO subscription through a TV provider). 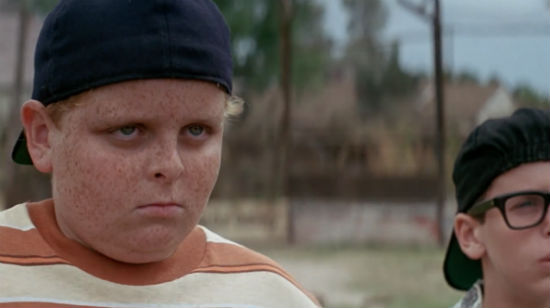 No matter how you feel about a Sandlot prequel, perhaps it’s a good idea to spend the rest of your summer rewatching the iconic comedy from yesteryear. Get your movie essentials ready — sweats, munchies and a whole lot of caffeine — like the binge-watching legend you are, and Sandlot like there’s no tomorrow.