Abby Quinn on going back to the ’90s with ‘Landline’ Not every actor’s big break involves playing Jenny Slate’s sister. For her first major movie, the comedy-drama “Landline,” Abby Quinn plays Ali, the teen daughter in a Brooklyn family. Ali and her older sibling Dana (Slate) find out their father (John Turturro) is cheating on their mom (Edie Falco). Not only is it the latest from the makers of “Obvious” Child” — that is, director Gillian Robespierre and co-writer Elisabeth Holm — but their latest is set in 1995. Quinn was born in 1996. So for the 21-year-old actress, it was all a bit of a culture shock.

You were almost certainly too young to remember the ’90s at all.
Yeah, I don’t really have any memories. My mom even barely has any photos from her 20s. But three days ago, she showed me a crazy photo, probably from ’92, and she had a perm and bangs. [Laughs] I was like, “I wish you had shown me this a year ago [when they were making the film]!” It just became clear what the actual ’90s were outside of ’90s movies.

’90s hair was amazingly bad. Every single decade regrets their hair and fashion.
I don’t feel like we’re being super-risky now — probably because we’re living in it. Maybe it’s just me, because I wear the same outfit every day. Just in general, though, I can’t think of something people wear now where you’ll one day say, “Oh no…” I think we’re reverting to old styles, anyway.

Making “Landline” must have been a great way for you to see how we all lived before technology took over.
It’s such a bummer to say, but I think I got my first phone when I was in seventh grade. That just feels too early. I knew what Facebook was in sixth grade. From 1 to 10, I was interacting with people without knowing everything about them, without having any knowledge of what they’re doing when they leave school or where they went on vacation. There was none of that. But as soon as I hit middle school — which is the worst time to get technology — it blew up. Everyone had a cellphone and AIM. It was a whole different way of communicating with people. I think if the film had been set in the current day, my character would definitely be on her phone at every family function, when she’s taking the subway, never looking up from it. 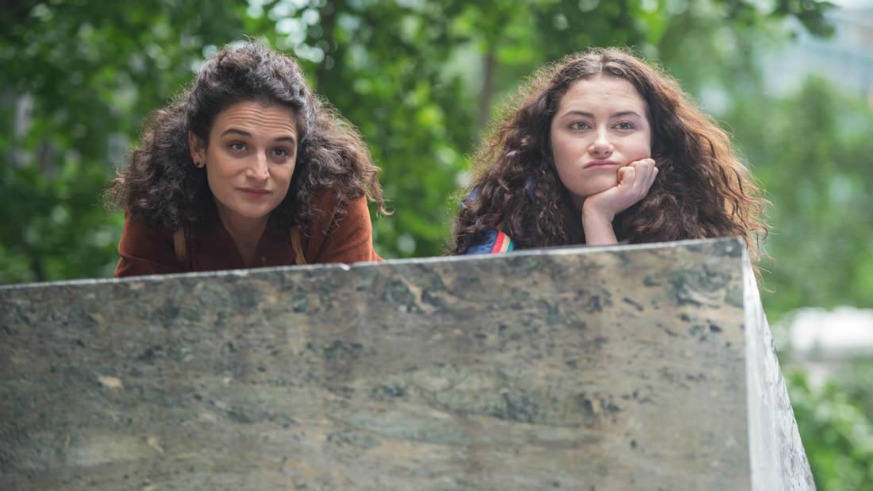 You get to do a lot of ’90s high schooler stuff here. You go to a ’90s rave.
Those still happens today, but Gillian based that scene on something that happened she experienced. As a kid she would sneak out and go to these raves. I think when kids sneak out nowadays, it’s not to do something that’s exciting. It’s not like you go to dance with each other. You go to Snapchat. There was probably more spontaneity back then.

You can’t sneak out and then put it on Instagram. There’s no mystery anymore.
Everyone knows what you’re doing. Then you have to block your parents from seeing something you posted online that’s secret. It’s all very weird.

You also get a fun Halloween scene. What’s your favorite Halloween costume you’ve ever worn?
When I was in fifth grade, my babysitter made my sister and I these chicken costumes. They were these long-sleeved white t-shirts and a papier-maché hat with a beak on it. It was very cool and very glittery. Then for five years in a row, because I could never decide on a costume, I was a fairy. I was very sad about it. I wanted to do something creative, but I didn’t.

“Obvious Child” is a great film, but it especially has pull among young women. What was it like when you first saw it?
I’d never seen a film like that before. I was only really familiar with Jenny’s comedic work. I got to see her play a woman who’s both funny and extremely vulnerable, taking her life into her own hands and stumbling through it. But she’s not a character that was designed to be likeable. That’s really important, especially for women in film, because a lot of female characters are designed like that: to be likeable. It’s the total opposite with “Obvious Child.”

A lot of people have commented on how alike you and Jenny Slate look.
Sometimes I’ll see pictures of us and think we really do look alike. But no one told me that till after we made the movie, oddly enough. We have pretty similar complexions and features. I think we can pass as relatives.