This weekend, the hit Netflix series “Glow” will be returning for its third season as it follows the Gorgeous Ladies of Wrestling as they take their show to Vegas. Finding a residency in a theater amongst the glitz and glamour of “Sin City” shows the ladies a new perspective on what it takes to succeed in show business amongst the town’s crowded field of entertainment. What sacrifices will they have to make in order to elevate the show to the potential that they know it has?

“I think Geena had a lot of patience with me, which I could not be happier about. It was great to be in the presence of the legend that she is,” — Chris Lowell on working with Geena Davis on season 3 of “GLOW” 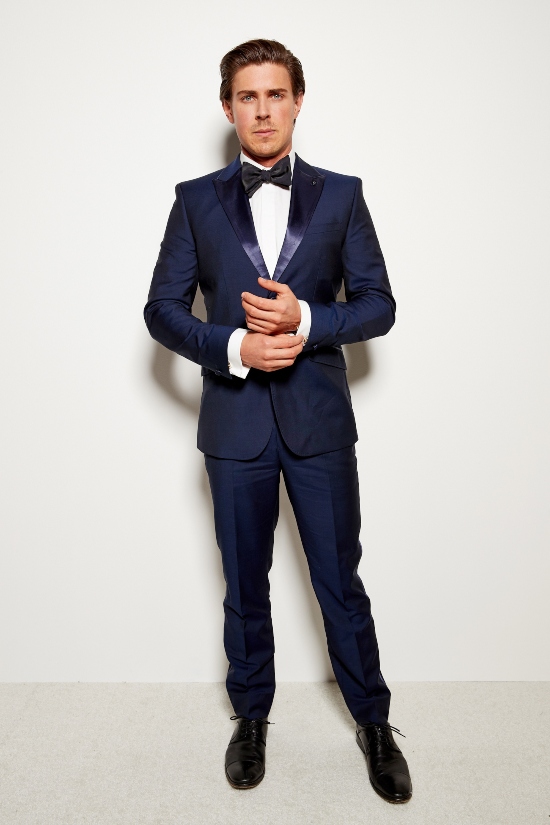 “What I found so moving about the third season is that it’s a real empathetic showcase of the life of a performer,” says actor Chris Lowell, who plays Bash Howard, the onetime financier of the production and the show’s announcer. “Not just a wrestler, but any actor. I think a big part of it is, like if you are doing a play or something, there is so much excitement and buzz and stress and manic energy leading up to opening night. And then, once the show is set and you are doing it night after night and show after show, it really starts to take a different kind of muscle to maintain. It really starts to become about, how are you maintaining your physical and mental health? How are you trying to keep it fresh? How do balance such an insane work schedule with family or friendships? That’s something that anyone who has done this, ever, can relate to.”

As the third season unfolds, many of the show’s stars come face-to-face with an uglier side of show business that was only hinted at during their brief time on the air. Now that they have arrived as performers in one of the business’s most notorious hubs, what compromises will they need to make in order to be successful?

“When you’re an actor, when you first start out, all you care about is acting. Then it’s a real scary moment in your life when you’ve achieved what you thought you wanted and realize that it’s not everything that you thought it was going to be,” explains Lowell. “In fact, you want more. Some of those things that you want are in conflict with the choices you’ve made as an artist. How do you get that balance? I think all of those things are universally felt and powerful and it’s a really great thing to watch these characters go through that this season.”

For Lowell’s character Bash, finding success in Vegas means that he has to hide any evidence of his homosexuality, and when we meet him in season 3, he is throwing himself fully into the marriage he stumbled into with wrestler Britanica. Lowell was amazed to find out about the conservative nature of such a notoriously over-the-top and openly promiscuous town during the ’80s, when the show takes place.

“The level of homophobia that existed in Vegas in the ’80s is not what I would have expected,” says Lowell upon reading the scripts from showrunners Liz Flahive and Carly Mensch. “The reality is, when Liberace has to stay in the closet, you know you’re in a homophobic town.”

Bash is certainly at a crossroads in his life where he needs to either come to terms with himself or keep his secrets hidden in order to navigate the waters of success. Lowell assures that those answers won’t be found easily.

“Bash is still on his psychosexual odyssey and I think that he definitely makes progress in that search for himself,” he says. “But it doesn’t necessarily mean by the end of the season that he knows all of the answers. I still think he has miles to go before he sleeps.”

The show features one of the strongest casts on television right now, with stellar performances from Allison Brie as Ruth, Betty Gilpin as Debbie and Marc Maron as the wrestling show’s director, Sam Silvia. The third season also will welcome Oscar-winning actor — and overall legendary person — Geena Davis to its cast as Sandy Devereaux St. Clair, a onetime Vegas showgirl who is now the entertainment director of the Fan-Tan Hotel and Casino where the show is in residence. So, what did Lowell think of being on set with such a legend of the screen?

“Geena and I had a lot of fun together,” Lowell says. “I think everybody was so nervous when she came on set and was trying to be either calm and collected or give her her space. I just immediately started asking questions about ‘A League of Their Own’ and that she’s an Olympic archer, a part of MENSA, and what it was like filming ‘Thelma and Louise.’ I had no shame in my fanboy crush on her and the work that she’s done. I think Geena had a lot of patience with me, which I could not be happier about. It was great to be in the presence of the legend that she is.”

Watch the trailer for season 3 of ‘GLOW’ below