Here’s our elevator pitch — A shock collar that gives you a gentle buzz every year to tell you when the Shark Tank premiere is twenty minutes from premiering and then automatically sends a feed to whatever screen is close by to play the show in crisp reception. But until we get the seed money for this idea, we thought it would be better just to tell you all of the ways that you can watch the Shark Tank season 10 premiere. That’s right, the Emmy winning show is coming back for its tenth season of  “capitalism after three redbulls” investor meetings and bright ideas from amateur investors in one of America’s favorite reality competitions. We’ve got all of the ways that you can watch the premiere. But first …

When does Shark Tank season 10 premiere? 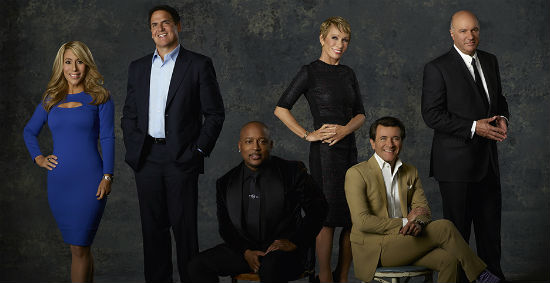 Is there a trailer for Shark Tank season 10?

In the Shark Tank season 10 trailer, they reveal that the panel of investors has invited back one of their original guests, Jamie Siminoff, as one of the new judges. The investors had originally passed on his pitch, the Ring, and he had took that “no” as motivation to sell his idea to Amazon for over a billion dollars. Good on you, Jamie!

You can check out the teaser trailer for Shark Tank season 10 with Jamie’s triumphant return bellow:

As we said before, the new season will premiere on ABC this Sunday. But what if you don’t have access to that network?

If you don’t have the ability to channel surf the normal networks, there are a few different ways that you can check out the Shark Tank season 10 premiere. You can watch the show live with streaming services like Hulu, Sling TV, Philo, and Playstation Vue. You can also watch the show live with a subsciption to YouTube TV. While these platforms all have monthly frees of roughly around $10 a month, you can also sign up for a free monthly of seven-day trials to see if these streaming services are right for you after you try them out for the Shark Tank season 10 premiere. These apps — accept for Playstation Vue, of course — can all be accessed from you laptop, phones, Roku, Amazon Fire, and Apple TV.

Alternatively, if you find that you will be on the go or away from your TV on Sunday night and you do have a cabel subscription, you can download the ABC app to your computer, laptop, or device in order to stream the premiere live.