Famous faces such as Stevie Wonder and Kim Kardashian will join Legend, Teigen and their adorable kids for an evening of entertainment.

According to the network, “John and Chrissy go surprise caroling with their friends Darren Criss, Jane Lynch, Raphael Saadiq and Meghan Trainor, and other friends from their neighborhood will stop by their home to celebrate the holidays.”

In A Legendary Christmas, Legend will grace us with his smooth-as-honey voice, performing songs from his just-out Christmas album of the same name.

Teigen describes the special as having an “old-school vibe of those great shows that you grew up on, like the sit-coms Family Matters [and] Step by Step.”

“What John has accomplished over his career is simply remarkable and we’re thrilled to have both he and Chrissy host our holiday special,” Doug Vaughan, Executive Vice President of Special Programs at NBC Entertainment, said in a news release. “It will be a truly memorable telecast filled with wonderful performances that will have something for everyone.”

Legend is accomplished. The singer is a 10-time Grammy winner and has an Oscar and Golden Globe under his belt (though the list doesn’t stop there). Teigen has her own accomplishments too, as a bestselling cookbook author and popular television host. Their personalities are unmistakable; their relationship, admirable. And together, over a decade and counting, they’ve built a life of success full of love.

A Legendary Christmas with John and Chrissy: Start time

This Christmas special will premiere on NBC at 10:00 p.m. ET after the Rockefeller Center tree lighting. 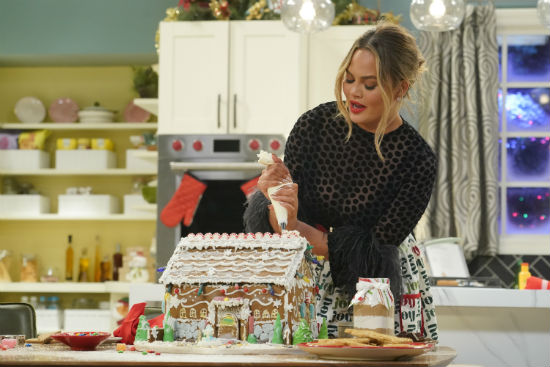 A Legendary Christmas with John and Chrissy: All the ways to watch

Similar to coverage for Rockefeller Center’s famous tree lighting ceremony, you can watch the show via cable on NBC. You’ll also be able to watch it live with your TV provider on NBC.com/live or the NBC app.

Live-streams are available through services that include NBC in their subscription packages: Hulu Live TV, FuboTV and Sling Blue for select markets.

“This Christmas, anything can happen,” Legend wrote on Instagram. We can’t wait to share the holidays with this famous family.