Imagine every quip, interpretive dance and facial expression that Chelsea Peretti has ever made during the past five seasons as Brooklyn Nine-Nine‘s Gina Linetti. The comedic sentiment behind all of that (and more) has been stuffed into tonight’s episode titled “Four Movements.” It serves as the beginning of the end of Linetti’s time at the Nine-Nine, as well as Peretti’s final episode as a series regular.

This is a somber occasion, of course, as the comedic actress’s fan-favorite character has provided Brooklyn Nine-Nine with some of its most memorable (and meme-able) moments in seasons past. Season 6 has been no different. Even so, executive producers Dan Goor and Mike Schur’s sendoff for the imaginary police precinct’s office assistant will please devoted audiences as much as it will make them a little sad. 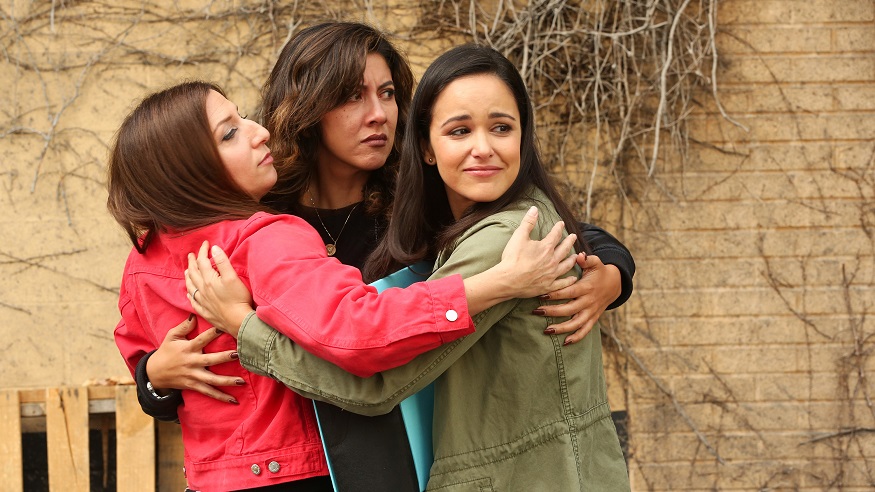 Obviously, for the sake of avoiding spoilers, this article won’t highlight any of the specific plot details that “Four Movements” includes. However, audiences intending to watch the episode when it airs at 9 p.m. ET on NBC should rest assured that Goor, Schur and company have delivered yet another knockout Brooklyn Nine-Nine episode. Even if Peretti weren’t leaving the series as a regular cast member, “Four Movements” would still stand out as one of the new season’s best so far.

If you possess a TV with a working antenna or a cable subscription, then watching Peretti’s final Brooklyn Nine-Nine episode as a series regular tonight shouldn’t pose a problem. If you do but won’t be able to tune in when it airs at 9 p.m. ET, then you’ve got two options to consider. The first is simply setting your DVR (should you have one) to record the episode so that you can watch it later. Otherwise, NBC will upload the episode to Hulu sometime on Friday.