Brooklyn Nine-Nine season 6 is almost here, thanks in large part to NBC, which saved it from cancellation after FOX decided to part ways with the comedy series. So when’s it coming back and how can audiences tune in when it does? Here’s what you need to know.

What is Brooklyn Nine-Nine season 6 about?

At the very end of the season 5 finale cliffhanger, Captain Ray Holt (Andre Braugher) had just received an email concerning his bid to become the NYPD next commissioner. Dets. Jake Peralta (Andy Samberg) and Amy Santiago (Melissa Fumero), who were just married, are left waiting for Holt’s revelation with the rest of the precinct… and the audience. Thankfully the season 6 premiere picks up right where the show left off. 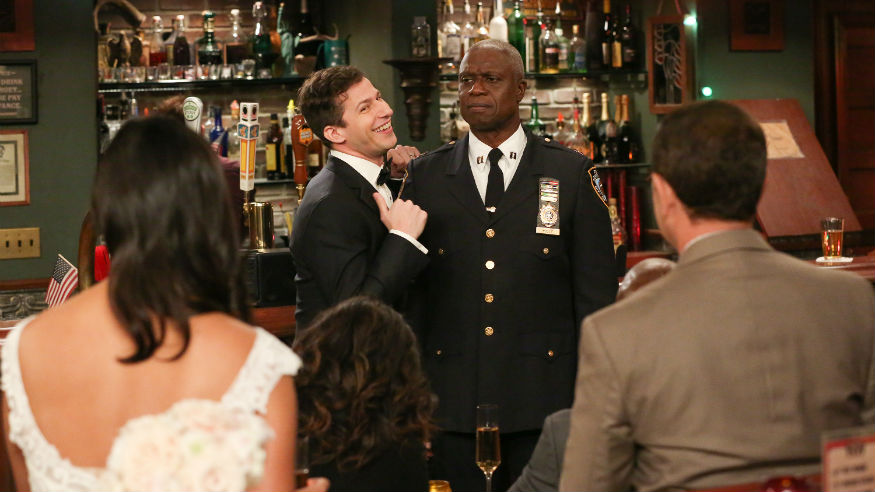 All the ways to watch Brooklyn Nine-Nine season 6

Obviously, for the sake of avoiding spoilers, there are no details here about Holt’s answer and the episode that ensues. Just know that Brooklyn Nine-Nine’s official debut on NBC feels like a seamless transition from its previous home at FOX. All the same character and story beats are there, the jokes are good and Chelsea Peretti’s outgoing character Gina is as wonderful as ever.

So if the season premiere is any indication, creator and showrunner Dan Goor and his team haven’t lost their touch simply because the NBC-produced show is now housed at a new distributor. Stephanie Beatriz, Terry Crews and Joe Lo Truglio each get their own moments to shine throughout the episode’s many intertwining subplots and gags. Hell, even Dirk Blocker and Joel McKinnon Miller get some fantastic bits in.

But how can eager viewers go about watching it? The Brooklyn Nine-Nine season 6 premiere is slated for the 9 p.m. ET Thursday timeslot, so feel free to watch it then or set your DVR accordingly. Otherwise, if you’re a Hulu subscriber, you can check out the new episode when it’s available to stream on Friday.

When does Brooklyn Nine-Nine season 6 premiere?