All the ways to watch The Magicians season 4 premiere Syfy‘s adaptation of the Lev Grossman novel The Magicians is back for a new batch of episodes. This means that fans of the series, which brought the magic of its title back to the fore at the end of season 3, will have to contend with a story-heavy The Magicians season 4 premiere. After all, Eliot Waugh (Hale Appleman) was found out by a body-jumping monster in the season 3 finale and magic is still a rarity among the students at Brakebills University for Magical Pedagogy.

What’s going on in The Magicians season 4?

So, to put it as plainly as possible, what the hell is going on in The Magicians season 4? To answer this question, audiences will need a quick refresher on what precisely went down at the end of season 3… even if they were keeping up as it aired. The previous arc’s global loss of magic was restored in the final episodes, albeit to only to the university’s Dean Henry Fogg (Rick Worthy), Irene McAllistair (Jaime Ray Newman) and the so-called “Library.” The students, meanwhile, have had their minds wiped. 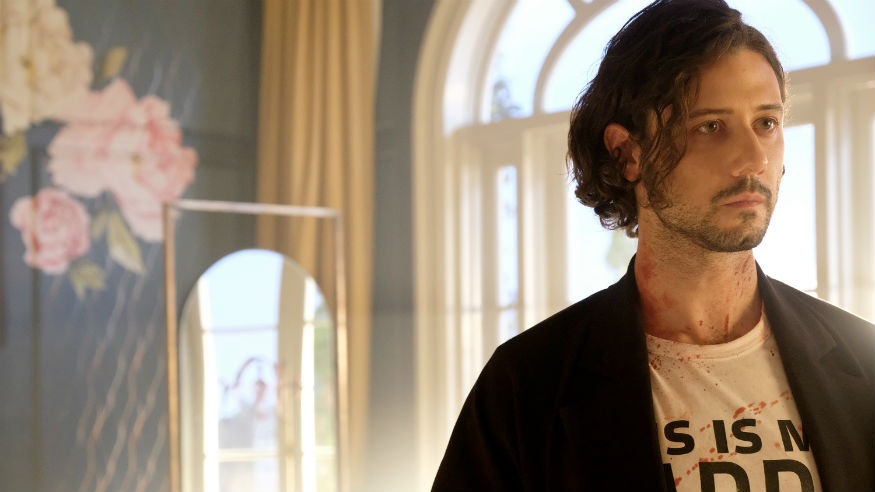 It was in the thick of this moment, when Quentin Coldwater (Jason Ralph) and many of the other students were all living wholly magic-less identities, that a nameless Monster appeared in the mix. The body-hopping creature jumped from host to host like a parasite, causing them to do and say unspeakable things to its victims. The Magicians season 4 sees the possessed Eliot embarking on a new reign of terror as, without magic, most are unable to stop him.

All the ways to watch The Magicians season 4 premiere

The Magicians season 4 premiere is going to be a must-watch for fans of the series, as season 3 ended with the Eliot-Monster cornering a hapless Quentin in a city alleyway. Those interested in watching the new episode should tune in when it broadcasts this Wednesday at 9 p.m. ET on Syfy. Otherwise, audiences with DVR can record the episode. If you happen to be cutting cable out of your life, then a subscription to Hulu Live TV will grant you access to The Magicians.