ABC is releasing a new family sitcom, The Kids Are Alright, on Tuesday night. Get ready for a wild ride back in time.

“Set in the 1970s, this ensemble comedy follows a traditional Irish-Catholic family, the Clearys, as they navigate big and small changes during one of America’s most turbulent decades,” the ABC logline reads. “In a working-class neighborhood outside Los Angeles, Mike and Peggy raise eight boisterous boys who live out their days with little supervision. The household is turned upside down when oldest son Lawrence returns home and announces he’s quitting the seminary to go off and ‘save the world.’ Times are changing and this family will never be the same. There are 10 people, three bedrooms, one bathroom and everyone in it for themselves.”

The Kids Are Alright is inspired by the childhood of creator/executive producer Tim Doyle. Doyle narrates the show as middle child Timmy all grown up.

“I was specifically asked to write a story about my childhood,” he told Deadline. “It’s my story and I wanted to tell it.”

“There were 80 titles we were working with and ABC selected this,” Doyle said of The Kids Are Alright. “This is the one they landed on. I had a bunch of others that I thought were better.”

Many people took to Twitter to express their disappointment with the preview, saying the concept of the show — a sitcom from the past — doesn’t seem original. They pointed out that the trailer teased similarities to ABC’s The Goldbergs, a family comedy set in the ’80s.

But, it’s fair to stress that you shouldn’t knock it until you give it a watch (it looks rather funny if you asked us).

When is the premiere of The Kids Are Alright?

It comes right after the series premiere of The Conners. 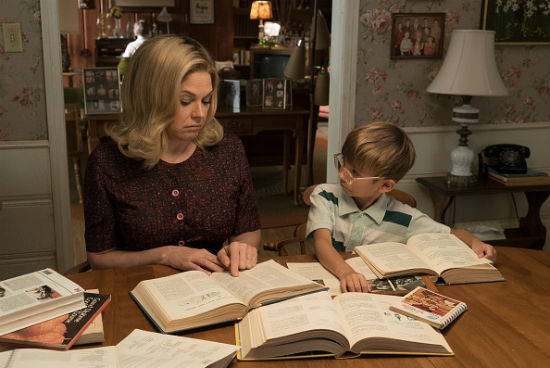 How to watch The Kids Are Alright premiere

You’ll be able to catch The Kids Are Alright this Tuesday night on ABC. You can watch it live on abc.go.com/watch-live or reportedly through the ABC app.

Other ways to stream the premiere include using subscription services DIRECTV NOW and Hulu Live TV (which both offer free trials).

This first episode will also be available after the fact on the ABC website or ABC app.

Doyle says of The Kids Are Alright family, “They’re trying to hold on to the values in this house, and the outside world keeps coming in.” Seems like something we can all relate to.