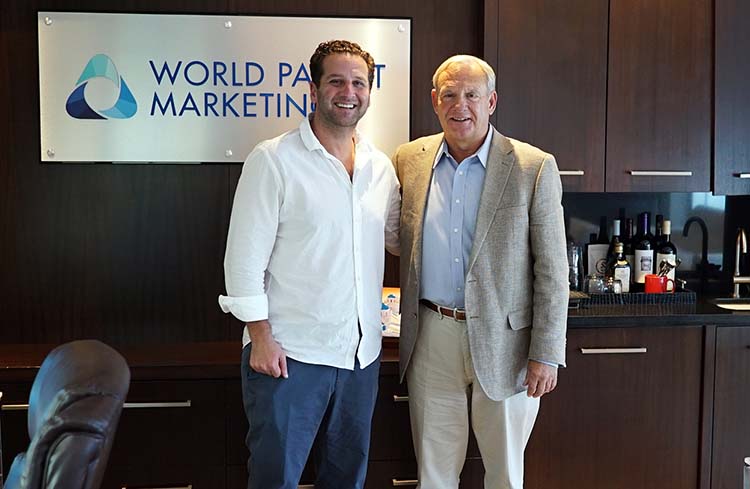 Ambassador Dell L. Dailey, senior member of the World Patent Marketing Advisory Board and former head of the US State Department Counter-Terrorism Unit, met with Scott Cooper, World Patent Marketing CEO and Creative Director, on Friday, September 30. Dailey and Cooper had three important items on their agenda; the company’s “Smart Product Building Initiative”, World Patent Marketing’s commitment to find innovative solutions to help fight the war on terror, and an initiative to explore new methods of reducing the weight of battlefield infantry technology.

Dailey and Cooper are well-positioned to take on these challenging tasks. Dailey has over 36 years of active duty in the U.S. Army under his belt, attaining the rank of Lieutenant General. He served in Desert Shield, Desert Storm, and Iraqi Freedom, among other operations. He has headed the Center for Special Operations (CSO) and Joint Special Operations Command (JSOC). Dailey has led troops in the field, as well as carried out sensitive diplomatic missions.

Cooper’s “Smart Product Building Initiative” displayed a revolutionary shift in strategy. Cooper recently shocked his own employees and the marketplace with the announcement that the company would cease to charge clients for “patent assistance” services. The new company strategy focused on “Smart Product Building with Customer Intelligence.” The company still provides assistance to clients who want to file patent applications, but the service is now free and is limited to offering referrals to a “best value” organization.

“97% of patents don’t make a profit,” said Cooper. “Inventors in the initial product development stage should file a provisional patent application. The form can be downloaded directly off the US Patent and Trademark Office website and filed with $65 fee. An idea evolves as a product is developed. Inventors’ money and time should be be spent developing ideas and discovering what consumers want, as opposed to filing an expensive patent application and praying for a licensing deal. It’s time for inventors to wise up and put their money where it counts.”

The new strategy is most likely going to put the remaining “patent assistance” organizations out of business. Because of the relatively few number of patents that turn a profit, Cooper felt it was necessary to create a business strategy that was more in tune with the realities of the market place. Smart Product Building has met with enormous success in its initial launch, because it allows customers to deploy more resources to product development, customer research, and distribution strategies.

NEW INFANTRY TECHNOLOGY TO BE DEVELOPED BY WPM

Dailey and Cooper met at the World Patent Marketing Headquarters, then went to the Betsy Hotel in South Beach. Under the watch of a heavily armed security detail, Dailey pressed Cooper to come up with innovative ways to “lighten the load” on our infantry.

“Today the average U.S. soldier carries at least 60 pounds of gear, with an extended patrol often doubling that weight. Special Operations units see totals much higher,” Dailey said. “Although protective gear, especially body armor, has improved dramatically with its effectiveness, even more weight reduction is desired. For example, the battlefield helmet needs continuous enhancements to defeat newly employed enemy munitions and protect our soldiers from head trauma. My goal is to use the ‘creative capital’ at World Patent Marketing to advance this agenda.”

“In my opinion, the key to new infantry technology and innovations to fight the war on terror lies in recent advances in materials technology,” said Cooper. “Graphene is the strongest, lightest material in the world but is extremely difficult to work with. We are already engaged with a number of labs across the country developing oil field applications for graphene. Taking that research and applying it to military equipment is a natural fit. In my eyes, this new task has an even higher priority as it can enhance the safety and effectiveness of our troops. It is no easy task, but we are 100% committed to doing our part in promoting peace and security across the world.”