Andrew Bird seems like the type of person who would let you know when he has made his masterpiece. In a way, that’s exactly what he has done with the title of his newest album, “My Finest Work Yet.” Although the declaration is delivered with a slow wink, coupled with the cover art photo of Bird as the depleted artisté reclining after just writing a work that is bound for glory. But while this may be all in jest, there is some strange premonition to this preemptive branding. The truth is, he was right from the start. This is his best album to date.

“I’ve always been trying to close the gap between the live performance and studio,” — Andrew Bird 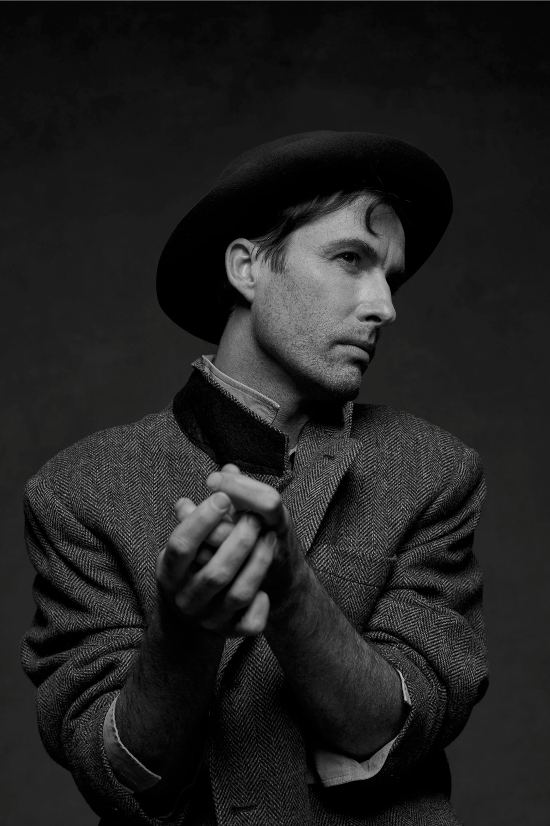 Bird’s musicianship and lyricism are in top form this time around, with songs that reflect the turbulent times we are in, all through his unique lens. When he gets it right, being immersed within his work can feel like audio decadence. And with “My Finest Work,” it feels like we are witnessing a master at the height of his craft. The quality of the record feels as though you are in the room with a voyeuristic perspective of Bird and his band working each song out.

“I’ve always been trying to close the gap between the live performance and studio,” he says of the albums’ crackling live energy. “I feel like it’s really hard for me to make records that live up to the live show. And it’s not as simple as just recording live, but that is essentially what this record is. This is a very carefully planned live performance, the vocals are live… the whole band is in the room. If you solo on any one microphone or one instrument you hear the rest of the band in that microphone.”

If you have been a fan of Bird’s career, you’d agree with him that a live setting is really where his songs really bleed out like ink in water. A classically trained violinist, an acerbic singer, and one of the most identifiable whistlers in all of recorded music, Bird can build songs towards titanic crescendos or break them down to vulnerable moments that may not be represented on official albums. I ask Bird how long into a tour he feels either confident with the permanent versions of new songs or how long it takes him to realize his work in the studio was unfinished.

“Once you’re out there playing that every night, sometimes you wish you could go back. Sometimes I’ll say, ‘Oh, that’s the hook of the song and I didn’t realize at the time, but now that we’re playing live night after night, we’re like, that’s what’s come to the fore.’ That thing you walk out whistling,” says Bird. Adding, “This record was so dialed in with the arrangements and the songs. Since it was live there’s no like, ‘Oh God, how are we going to do this onstage?’ There’s never, like, ‘How do we play that overdub?’ Which is such a boring thought process to go through before you go on tour. I’ve had that before. We create some headphone masterpiece and you’re like, ‘Wait a minute, how do we do this live?’ I have to tell myself, what are the bones of the song?  You don’t have to play everything that’s on the record. Just find the essence of the song and play it. Even if it’s just you up there alone.”

Bird’s lyrics tend to verge on surrealist poetry with a playful sense of rhythm aided by his rich and effortless vocal delivery. But this time around, Bird explains that he had another approach to staying on topic with his normal approach of stream of consciousness lyric writing.

“The less I am aware of what I’m trying to say the better it is, generally,” he explains. “Or if I can postpone having to deal with what the songs about as long as possible. That’s a good thing. I always keep it on the back burner, in the back of my head and remind myself okay, when I’ve gone on some sort of phonetic fanciful thing, wordplay thing. I’m like okay wait I know I have a sense of what I’m trying to say here especially with this new record. I had more pointed things I wanted to get across so I was reminding myself more often than usual to stay on track, on subject.”

Bird is currently on tour through the rest of the year but will take time to pursue an unlikely artistic shift as an actor in the 4th season of Noah Hawley’s “Fargo” on FX.

“Noah Hawley saw me play in Austin, where he’s from and decided that I… my persona or what he perceived it to be fit with the character, who’s an undertaker in Kansas City in 1950. Like a proto-beatnik undertaker,” says Bird, both flummoxed and humbled by his casting. “It will be a first for me. It’s funny last night I was awake in the middle of the night like trying to sing my lines to see if that would help me feel more comfortable. Not like it’s going to be an operetta or something. I’m just grasping at things because I’m not an actor.”

Make sure to catch Andrew Bird on tour this Fall.

Stream “My Finest Work Yet” by Andrew Bird below…