New York City has a new place to commune with Andy Warhol: The Factory 380, a restaurant with a hidden lounge inspired by Warhol’s famous studio, mixed with nostalgia for the “style, sophistication and energy” of the 1970s.

Located at 380 Third Ave. in Gramercy, The Factory 380 is not too far from where America’s most famous artist of the 20th century worked in Union Square — an important factor for owners Scott Connolly and Cillian Fanning, who are Warhol superfans and have been working on the project for three years.

Like The Woodstock bar did for ’50s lounge culture, The Factory 380 doesn’t try to be as cool as Warhol (impossible) or co-opt him to make itself seem cool (embarrassing). Think of it as a nostalgic tribute: A collage of Warhol photographs welcomes guests, as if they were walking into his mother’s dining room, while the back wall serves as a canvas for graffiti by street artist Jules Muck. In addition to supporting established artists, the restaurant is also promising boozy graffiti and sketch classes.

There’s also a surprise waiting for those who know what to do with a rotary phone at the back of the restaurant: a disco-style lounge named after the intoxicating Edie Sedgwick, Warhol’s muse and star for 10 films during their torrid yearlong romance. May we all be so lucky. 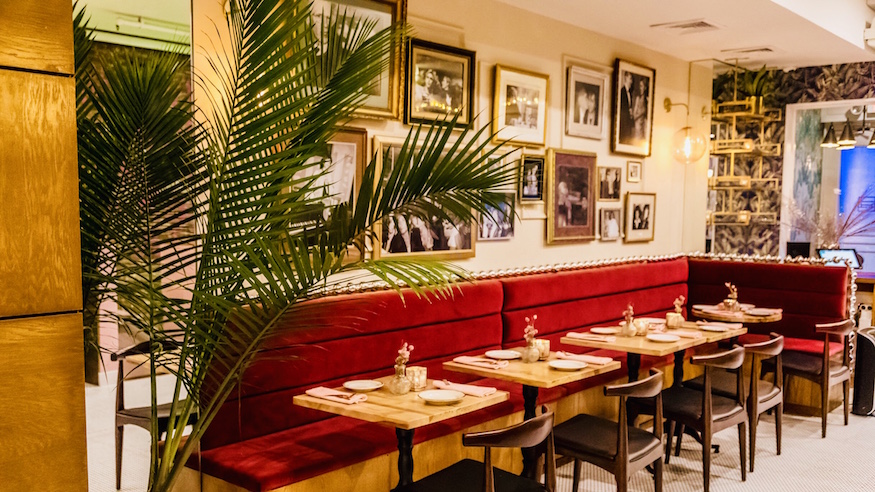 Andy Warhol is having quite a moment in New York City. The Whitney Museum has devoted three floors to a massive retrospective including previously unseen works, while a pop-up exhibit on the Velvet Underground highlighted his role in bringing the band into the pop culture spotlight.

He’s also not the only figure to have inspired his own New York City haunt. Playwright Oscar Wilde has his own grand Victorian cocktail bar, electrical engineer Nikola Tesla inspired the cafe-by-day, bar-by-night spot Patent Pending in NoMad, and Beetle House continues to be a year-round shrine to the Ghost With the Most, but more broadly the work of Tim Burton.