Another fallout of Hurricane Maria: A shortage of saline in mainland U.S. hospitals - Metro US
Health

Another fallout of Hurricane Maria: A shortage of saline in mainland U.S. hospitals The United States Army Corps of Engineers announced Monday that they’re sending more equipment and crews to the island of Puerto Rico to help get the country’s aging infrastructure fixed after Hurricane Maria blasted the island in October.

According to The Associated Press, more than 40 percent of power customers in Puerto Rico remain without power after the Category 4 storm, including schools, homes — and even traffic lights.

Many factories on the island were also without power for an extended period of time, including those responsible for producing a large portion of the saline used in the United States. Baxter International Inc., one of the largest producers of saline for mainland U.S. hospitals, operates production plants in the country.

In November, the U.S. Food and Drug Administration announced that some “critical facilities” would be the first to receive power on the island. However, the FDA’s drug shortage website still shows that demand exceeds supply due to “manufacturing interruptions and demand increase.”

How critical is the IV saline shortage?

The good news, according to Gottlieb, is that Baxter went back to regular production after the holidays and “all the other companies that manufacture products that were on our initial list of drugs that we considered critical and at risk of potential shortages — because the drugs were largely or entirely manufactured in Puerto Rico — are now on the power grid.”

Gottlieb added that the FDA expects the situation to improve throughout the first few months of 2018, though hospitals are left juggling what they have now in anticipation of a heavy flu season.

According to the Wall Street Journal, Massachusetts General Hospital in Boston now has nurses using the IV push method — the process where they inject a syringe directly into the catheter — to administer medication, a process that can take as long as 35 minutes. The hospital only has a one to two day supply of bags, according to the WSJ, when they typically have four to five days — a shortage that has the hospital considering a switch to glass bottles instead of the bags. 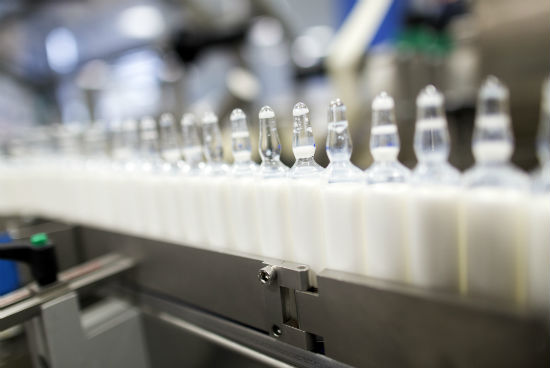 “Given the improvements we’ve seen over the last few weeks, I’m optimistic that supplies of IV saline and amino acids will increase over the next few weeks and the stress of the shortage will begin to abate, even if the shortages will not be fully resolved immediately,” said Gottlieb.

“That said, the production situation in Puerto Rico remains fragile. As many risks and challenges remain and there are still shortages affecting patient care, we’ll continue to take all possible steps to help improve shortage situations.