Anton Khudobin misses start of camp due to visa issues 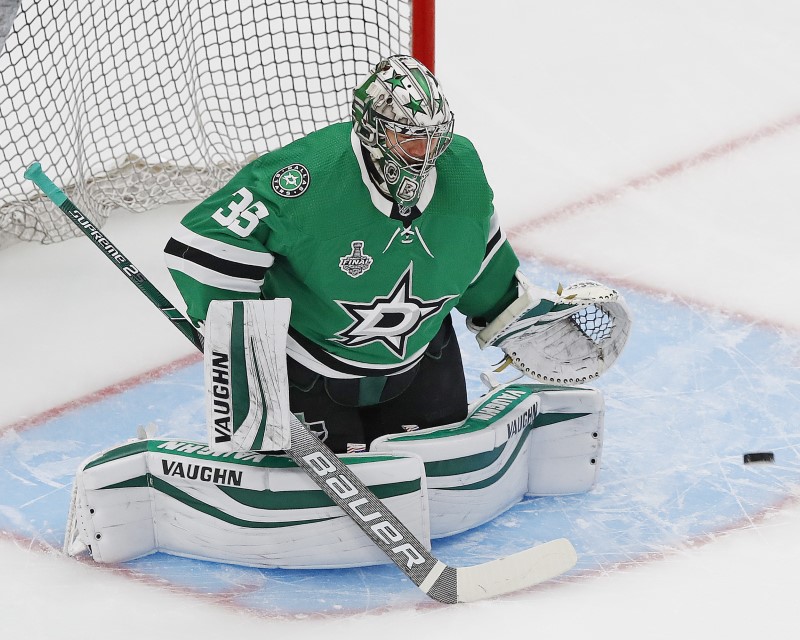 “Anton Khudobin will be absent from the start of training camp due to immigration issues,” the team said in a statement. “The team will announce his availability to return to practice at the appropriate time.”

The Stars retained Khudobin with a three-year, $10 million deal in October.

Khudobin, from Kazakhstan, had a superb postseason to help the Stars reach the Stanley Cup Final before they fell to the Tampa Bay Lightning in six games. Khudobin started 24 of the team’s 27 playoff games and had a 2.69 goals-against average, .917 save percentage and one shutout. Dallas was 14-10 in his starts.

The Stars open at Florida on Jan. 14.