Apply now to spend your whole summer at Coney Island If spending just a weekend or two at Coney Island this summer isn’t enough, apply for a job at the amusement parks and Boardwalk instead.

The Alliance for Coney Island is looking for 600 people to fill various positions during a job recruitment fair on Monday, March 4 and Tuesday, March 5 from 10 a.m.-4 p.m. at MCU Park (1904 Surf Ave. at 19th Street).

The jobs range widely, from ride operators to camp counselors, retail and line chefs. Most positions are looking for people ages 18 and over with a high school diploma, though the main qualifications are more like being energetic, having a positive attitude and reliability. Teenagers looking for their first gig should still come by — there are some jobs available for applicants ages 16-17.

Candidates can pre-register at bit.ly/coneyislandjobs2019. 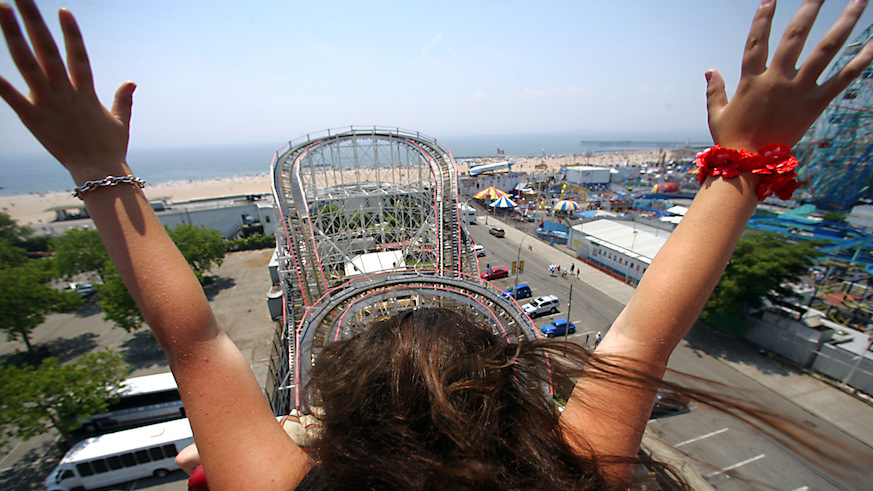 The amusement parks that make up Coney Island and the Boardwalk reopen for the season on Palm Sunday, so mark your calendars for April 14. If you’re not afraid of a little chill, opening weekend is packed with community events before you even get to the thrills of the park.

Witness the Blessing of the Rides ceremony by the Salt and Sea Mission, photo ops with local celebrities like Mr. Met, music and dancing by community groups, and the traditional egg cream christening of the Cyclone. The rollercoaster is celebrating 92 years on the Boardwalk in 2019, and there are always free rides for early birds on opening day.