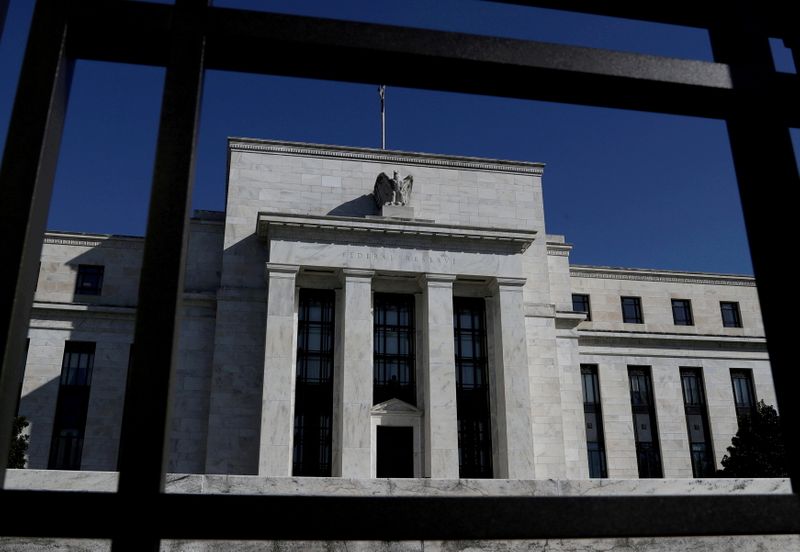 (Reuters) – With the Federal Reserve likely to accelerate the removal of its unprecedented stimulus, some short-term rates have moved higher and offered money fund managers rare opportunities to generate yield.

For example, three-month commercial paper rates that financial companies use to fund short-term cash flows, have jumped to 17 basis points, from 11 basis points a month ago. The three-month Libor rate, a market benchmark that is being phased out, has increased to 20 basis points, from 13 basis points in late October, and yields on one-year Treasuries have hit one-and-a-half-year highs, even as shorter-dated yields remain relatively moribund.

Very short-dated Treasury bill yields are being held down by low issuance as the government keeps its cash balance low due to constraints imposed by the debt ceiling.

Tighter funding conditions as banks and investors pare back risk taking for year-end has sent yields of some short-dated assets higher, though in large part the rates have increased as investors price in the likelihood that the Fed will speed up the reduction of its bond purchases and that rate hikes may begin in mid-2022.

“The expectation will be a much-faster taper once we calendar flip into 2022,” said Deborah Cunningham, chief investment officer for global liquidity markets at Federated Hermes.

Fed Chair Jerome Powell said last week that U.S. central bank policymakers will discuss whether to end their bond purchases a few months earlier than had been anticipated at the bank’s Dec. 14-15 meeting.

With few high-quality investments available, money funds are taking advantage of the higher yields on some assets such as commercial paper.

It is “very opportunistic. I think it’s where the market would be in Treasuries and agencies as well were it not for what is still happening from a debt ceiling standpoint,” Cunningham said.

In large part money funds are relying on the Fed’s reverse repurchase agreement facility to eke out returns.

Peter Yi, director of short-duration fixed income and head of credit research at Northern Trust Asset Management, expects demand in that facility to continue to grow in the coming weeks. “I would say over year-end we’re going to see a pretty big pop in terms of adoption of it.”

Demand for the facility, wherein money funds can lend overnight to the Fed, is currently around $1.5 trillion per day, after hitting a record $1.6 trillion at the end of the third quarter.

The jump in yields on longer-dated Treasury bills, including one-year maturities, may also provide opportunities as Yi sees the Fed being less hawkish in hiking rates than some expect.

“We don’t think the Fed’s going to be as aggressive in raising rates as what the market is pricing today,” he said. “Whenever we see these quick jumps on some of these longer maturities like a year we’re being opportunistic, and we think those are good buying opportunities.”

One-year Treasury yields have increased to 29 basis points, up from around 20 basis points last week and 10 basis points in late September. Traders in the fed funds futures market are pricing in three rate hikes by December 2022.

Some of the increase in rates comes as concerns grow about reduced market liquidity, which has been made worse by year-end.

Meanwhile the phase-out of Libor (London Interbank Offered Rate) could impact the supply of floating-rate notes, which are typically based on Libor and can be popular in a rising rate environment, said Cunningham.

“I think that represents a little bit of a risk just because funds don’t have as much in floating-rate securities and in a rising rate environment that has been a strategy that has been very successful historically,” she said.

Companies will no longer be able to base new loans on Libor from year-end, through the rates will continue to be published through mid-2023.

Most new trades and loans will be based on the Secured Overnight Financing Rate (SOFR), which is based on the overnight repo market. Some issuers and investors are also seeking a rate with a bank credit spread, though so far alternative credit indices to Libor have failed to gain much traction.