Ask Mount Sinai: Protect yourself from ticks this summer - Metro US
Health

Ask Mount Sinai: Protect yourself from ticks this summer Most people know ticks are carriers of Lyme disease, and that if you have a pet, a monthly preventive is a must. Those are serious matters, but they aren’t the only ones; according to a report last month from Centers for Disease Control and Prevention, “illnesses from mosquito, tick, and flea bites have tripled in the U.S., with more than 640,000 cases reported during the 13 years from 2004 through 2016.  Nine new germs spread by mosquitoes and ticks were discovered or introduced into the United States during this time.”

We spoke with Dr. Alexandra Abrams-Downey, assistant professor in the division of infectious diseases at the Icahn School of Medicine at Mount Sinai, for some more information about having a safe and tick-free summer.

Protect yourself from ticks this summer 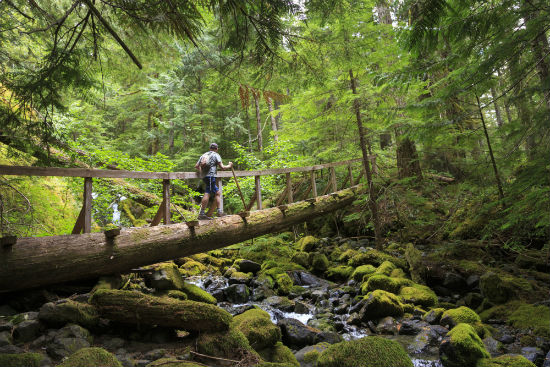 What is the cause of the increase in ticks this year?

Many factors affect the tick population including temperature, rainfall and humidity. Though the exact reasons for the increase are likely multifactorial, shorter winters and warmer temperatures may be related, as this means increased activity of ticks and allows for greater geographic distribution.

Ticks pose a threat to pets; what threat do they pose to humans?

Where are people most at risk?

Ticks are generally found near the ground in grassy or wooded areas. Spending time outdoors, whether hiking and camping or just gardening and walking your dog can put you in close contact with ticks. While ticks are commonly thought to occur outside of urban areas, they have been moving into the five boroughs, including Staten Island and the northern Bronx.

How do you prevent tick bites?

Preventing bites is the best defense. If going for a hike, avoid high-grass areas and walk in the center of the trail. Insect repellent, either applied directly to the skin (with at least 20% DEET) or with pretreated clothing (with 0.5% permethrin), is key. And when you get back, a shower will help to find ticks and wash them off before they bite.

Where do they frequently bite?

Ticks don’t jump or fly, but they can climb! Ticks will usually grab on to you as you brush up against grass or brush. Once on your body, a tick will crawl and look for a safe place to attach. This typically includes warmer, darker areas of your body where the skin is thinner, such as behind your ears.

How do you check for ticks? What should you look out for?

A full-body tick check helps to spot ticks early and prevent bites. Use a hand-held or full-length mirror to view all parts of your body. Parents should make sure to help their kids. Important areas to examine include hair/scalp, in and around the ears, under the arms, inside the belly button, between the legs and the back of the knees. And remember, they’re tiny – some as small as a poppy seed!

What do you do if you find a tick?

If you find a tick, it’s important to remove it quickly. Using a tweezers, grasp the tick as close to the skin’s surface as possible and pull gently in a steady, upward motion. After removing the tick, clean the area with soap or water. Never use petroleum jelly, nail polish, kerosene or matches to remove a tick.

How are tick bites treated?

Antibiotic prophylaxis after a tick bit is recommended in areas where Lyme disease is highly endemic. A single dose of doxycycline can be considered if the tick has been attached for over 36 hours, and antibiotics can be started within 72 hours of removal. It is important to remember that antibiotic prophylaxis can only be used for Lyme disease, and it does not prevent anaplasmosis, babesiosis or Powassan disease. Even with antibiotic prophylaxis, you should continue to monitor for symptoms suggestive of tick-borne illnesses, such as fever or rash, and follow-up with your doctor if symptoms develop.