Ayanna Pressley, Alexandria Ocasio-Cortez, and other Democrats protest at Harvard - Metro US
Boston

Ayanna Pressley, Alexandria Ocasio-Cortez, and other Democrats protest at Harvard The Bipartisan Program for newly elected members of Congress held at the Harvard Kennedy School’s Institute of Politics featured another, less formal, orientation of sorts yesterday.

Representative elects Alexandria Ocasio-Cortez of New York, Ayanna Pressley of Massachusetts and several other newly elected Democrats from Lori Trahan of Massachusetts to Andy Levon of Michigan stood on the steps of the Harvard school, sharing their stance on the big issues, from health care to gun violence and their determination to “shake this nation awake,” Ocasio-Cortez, a New York Democrat, shared per The Boston Globe.

The group of newly elected Democrats’ voiced their plans to shake things up on Capital Hill come this January. 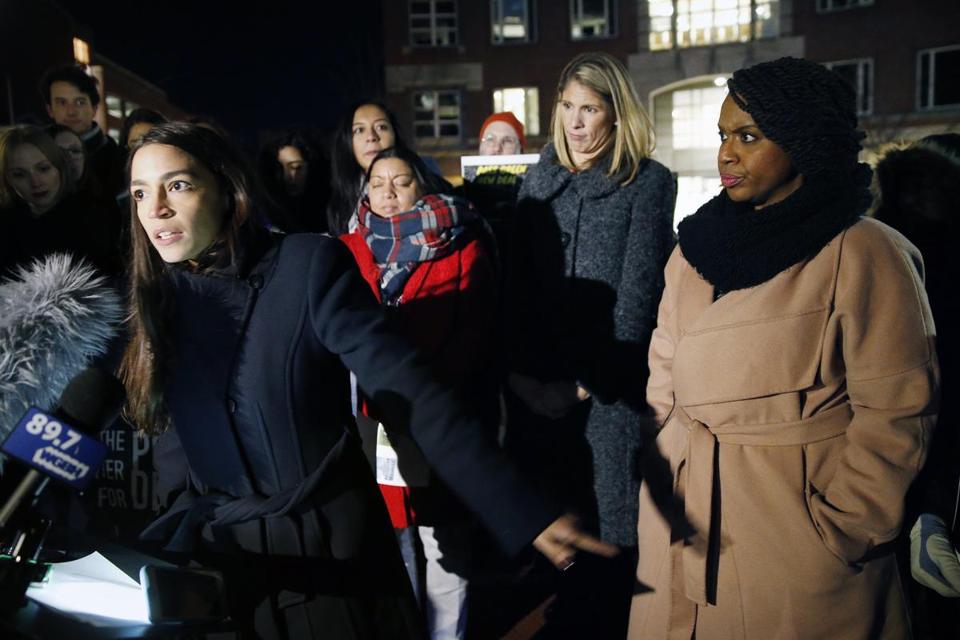 “It’s a confluence of things. It’s about the committees that we’ll be appointed to. It’s about the values- and issues-based caucuses that we’ll serve on. And it’s about us simply leveraging the platform that we have available to us as well as our social media networks,” Pressley said.

“I know that today standing alongside me, and in that room behind us,” Pressley said, pointing to Harvard, “are statesman and women who are worried about the future generations,” while promising to push forward “unprecedented legislation.”

“Our stance has always been an unabashed push for progressive values,” Pressley spokesman Harry Shipps said. “But there’s room for everyone at the party.”

Alexandria Ocasio-Cortez emphasized the Democratic Party’s new weight in the House, a factor that she hopes will allow them to push forward with their agendas.

“The people that elected me are looking for progress,” said Pressley, after speaking about universal health care and global warming issues. Adding, “This is why the Democrats won. This is why we’re in the majority. We refuse to put hope and aspiration and values on a shelf.”

Ocasio-Cortez and Pressley to support Pelosi in the new year

Both Alexandria Ocasio-Cortez and Ayanna Pressley have announced their support for Nancy Pelosi as House Speaker come this January when the Democrats will dominate the House.

Harvard School officials declined to comment on the protest.