By Pavel Polityuk and Carlos Barria
0
comments
Posted on March 7, 2022 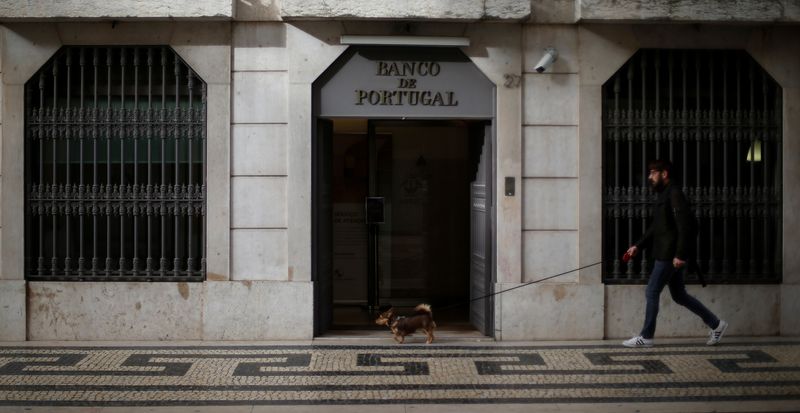 FILE PHOTO: A man walks with his dog outside Bank of Portugal in downtown Lisbon

LISBON (Reuters) – Portugal’s central bank said on Monday it had instructed lenders to freeze the accounts of people and entities targeted by sanctions against Russia.

Western allies have moved to isolate Russia’s economy and financial system since its invasion of Ukraine, including sanctioning its central bank and oligarchs who amassed fortunes and political influence under Russian President Vladimir Putin.

The Bank of Portugal, led by former Finance Minister Mario Centeno, said it had initially identified a “very small number” of sanctioned people and entities with Portuguese bank accounts but said assessment efforts were ongoing.

It did not provide further details on how many people and entities it had identified and said it was in permanent contact with the government.

In a statement, the central bank said lenders were told to start freezing bank accounts on Feb. 25 and should continue to monitor the list of sanctioned people and entities so they can quickly act when and if new names are added.