Best things to do in NYC on Halloween night 2018 Whether you’re good or wicked, there’s no rest on Halloween night. You should of course catch the last weekend of the Spooky Pumpkin Garden, take a ton of artsy haunted house pics at Nightmare Machine and pick a pumpkin to carve. For the rest of your evening, we’ve rounded up the best things to do in NYC on Oct. 31, from an Old Hollywood haunted house to a free dance party and, for something different, an aura cleansing ritual.

Halloween in NYC: Get slimed

Not afraid to get a little dirty this Halloween? The grown-up kids who always wanted to be on Double Dare can do the next best thing at the Slime Ball. The creative minds of artsy coworking space A/D/O have created an “oozy, goopy, mysterious land of slime” with art installations by Misha Kahn and beats by Lupe Fuentes. The bar, costumes are encouraged, and slime will be flowing. 7:30 p.m.-1:30 a.m., 29 Norman Ave., Brooklyn, $30, must be 21+, slimeball.splashthat.com

Halloween in NYC: The stars are aligning

Nothing less than your Dead Hollywood best is good enough for the Bloody Red Carpet at The Freehold. The coworking space will be transformed into a grandiose Hollywood premiere, where zombie paparazzi roam, only the bravest will survive the Haunted Hills, then a leisurely party in the Lobby Bar for dancing and spooky spirits by Goslings Rum. 8 p.m., 45 S. Third St., Brooklyn, free, rsvp@freeholdbrooklyn.com

Halloween in NYC: Free to dance all night

Give your restless soul an outlet at Industry City, where City Farm Presents is throwing a free Halloween Dance Party with DJ Herbert Holler, two-for-one drink specials and a costume contest. 7-10 p.m., 274 36th St., Sunset Park, must be 21+, free with RSVP, eventbrite.com 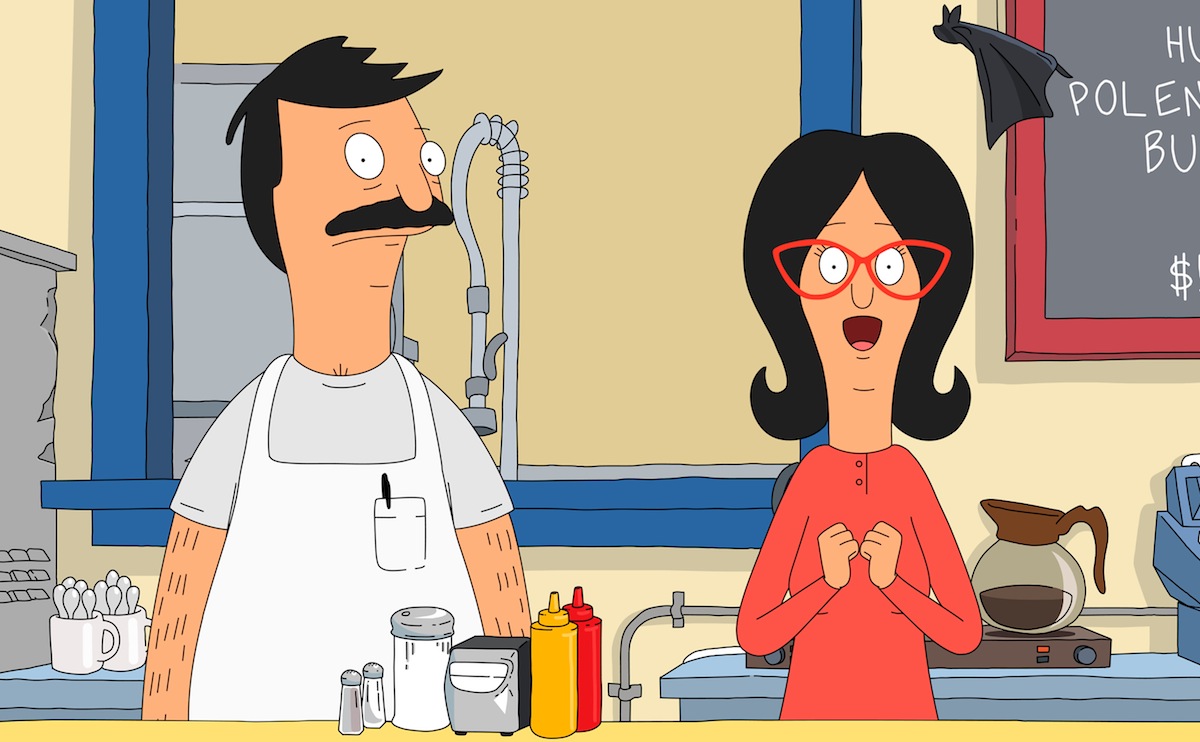 Halloween in NYC: Bob’s Burgers is real for one night

In an excellent Halloween tradition now in its fourth year, Greenpoint’s Alameda bar is turning into Bob’s Burgers with decor and costumes for the staff, switching up its usual dishes of elevated American fare for an exclusively burgers-and-fries menu like the Antichrist Superchard Burger. We’re sure you (and Linda) will be happy to hear that the usual cocktails will also be served. Free entry, 195 Franklin St., instagram.com

Halloween in NYC: Hop aboard the Night Train

Spend your Halloween on Broadway at Feinstein’s/54 Below with two cabaret shows to chill your bones featuring some of Broadway’s scary good talent. Now in its sixth year, Into Sweeney Todd’s Woods blends the spookiest of Stephen Sondheim’s two famous musicals (7 p.m.), while Danny Elfman enthusiasts will be treated to a live rendition of the Nightmare Before Christmas (8:45 p.m.). 254 W. 54th St., $35-$75, 54below.com 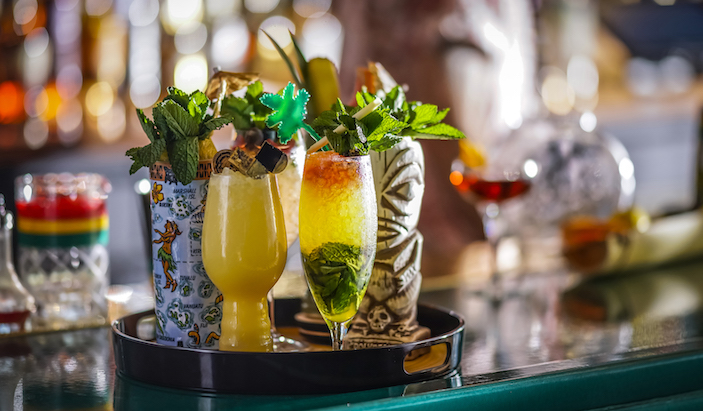 Founded by a self-proclaimed tiki pirate, Midtown West’s The Polynesian is leaning into its first-ever Mahaloween (“mahalo” is Hawaiian for “thanks”). Captain Brian Miller will steer the festivities including an island vacation/castaway/pirate-themed costume contest with prizes like exclusive bottles of rum. Your ticket includes a four-hour open bar with special tiki cocktails and passed hors d’oeuvres. 8 p.m.-midnight, $98,  thepolynesiantiki.com

Halloween in NYC: A night with a master mentalist

Former Caesar’s Palace mentalist Alain Nu is taking up residency at The Lexington Hotel this November, but he’ll preview his act on Halloween night with a free roaming performance open to the public in the lobby and its Mixing Room bar. He’ll debut all-new illusions as well as hypnosis — if you dare. 5-8 p.m., 511 Lexington Ave., lexingtonhotelnyc.com

Before going on to your preferred Halloween haunt, swing by the Sony Square NYC showroom dressed in your costume for a free professional portrait session with Shauna Wade or Dennis Cacho. There’s also candy, so this can be your first trick-or-treat stop! Noon-6 p.m., 25 Madison Ave., sony.com/square-nyc

Will you survive The Purge? All four floors of Stage48 nightclub will be transformed into a haunted mausoleum with aerial performances and fire dancing, plus bone-rattling dance music by six DJs including a mystery celebrity guest. Dress your ghoulish best for a costume contest with cash prizes, arrive early for a vodka open bar from 8-9 p.m. 8 p.m.-4 a.m., 605 W. 48th St., $10-$25, stage48.com

Halloween in NYC: Get your aura cleansed

Feel like you’ve been indulging too much this year? Instead of candy or partying, spend Halloween night at Modrn Sanctuary at a free Spiritual Group Cleaning led by spiritual healer and Tarot reader Michelle Taromina. Inside the Himalayan Salt Room, you’ll take part in a soothing ritual to cleanse your chakra — with bonus halotherapy to ease your breathing — plus CBD-infused chocolates to keep the mellowness going. 8-9:30 p.m., RSVP at modrnsanctuary.com

Halloween in NYC: Throw it back to the ‘80s

Glow up at Sunday In Brooklyn’s all-out ‘80s party! Your outfit should be Madonna-worthy (we’ll also accept Rio-era Duran Duran) to enjoy themed eats like a whole roasted pig’s head and spooky cookies, plus themed cocktails and entertainment throughout the night including a DJ, neon face and body painters, tattoo artists, impersonators and breakdancers. 8 p.m.-midnight, 348 Wythe Ave., sundayinbrooklyn.com

Halloween in NYC: Reach out to the other side

Each year, the Historic Original Houdini Seance paranormal society tries to contact history’s greatest magician, who died suddenly on Halloween night in 1926. They convene at his first home in NYC, which is now the Sojourn Restaurant, so even if they don’t make contact — this former Caesars Palace mentalist Alain Nu will lead the group into the spirit realm — there are free food. Free, 11:30 a.m., 244 E. 79th St., houdini.org

Halloween in NYC: What happens at the end

Spend your Halloween night contemplating the beauty of life at the end at the Brooklyn Historical Society. Hear about Brooklyn’s ghosts from Boroughs of the Dead founder Andrea Janes, learn about traditional burial garments across cultures with funeral director Amy Cunningham, and more celebrations of all things macabre. Come in costume to vie for the title of Best Dressed Ghoul in Brooklyn! 6-9 p.m., 128 Pierrepont St., Brooklyn, free, eventbrite.com

Halloween in NYC: The biggest party of them all

The Village Halloween Parade remains the best party of Oct. 31 — it’s free, open to the public and celebrates the creativity of its participants. Line up at Sixth Avenue and Canal Street between 6:30 and 8:30 p.m. if you’ve got a costume, or anywhere along Sixth up to 13th Street if you just want to watch, and enjoy the joyful spectacle. halloween-nyc.com

Whether it’s good news or bad, it’s always better to have your fortune told with cocktails nearby. During a special Halloween night parlor session at Bluebird London, the famed all-day lounge that just opened in the Shops at Columbus Circle, a tarot card reader will peek into your future with a mini reading session. Whether you choose to have your two included cocktails before or after is your choice. Reserve at rsvp@bluebirdlondon.nyc, $45, 10 Columbus Circle, third floor, bluebirdlondon.nyc

Halloween in NYC: A haunted house based on real events

The Deep End has turned its performance space into The Ridgewood Asylum, a terrifying interactive haunted house inspired by a real psychiatric hospital that was shut down in 1980 after reports of violent paranormal activity. Through Nov. 1, Tues-Sat 8 p.m.-1 a.m., Sundays 6-11 p.m., 1080 Wyckoff Ave., Queens, $10, theridgewoodasylum.com

Halloween in NYC: Sink into the plush depths of hell

The home of Sleep No More is opening the doors of the immersive theater production for its annual McKittrick Masquerade: Inferno. Get a rare look inside their world with multiple floors to explore, plus an all-night open bar, sexy masquerade performances and live music all night — you won’t find a more decadent way to spend your night. Wear your most glamorous version of the darkest deviants of the night: witch, sorcerer, enchanter, vampire, beast, monster or decadent all-black. 9:15 p.m., must be 21+ and in costume, 530 W. 27th St., $95-$485 GA/VIP tickets, $75-$95 for entry after 12:30 a.m., mckittrickhotel.com