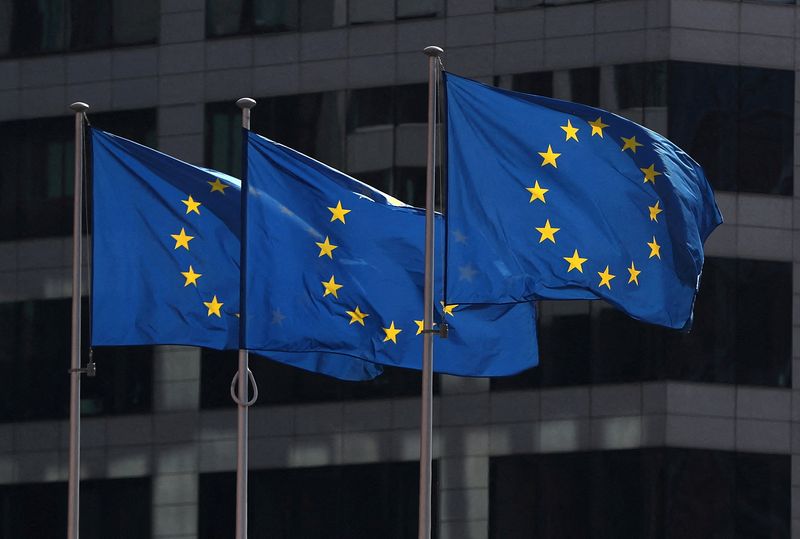 LONDON (Reuters) – Banks should beware of fake news that could trigger a run on their deposits, the European Union’s banking watchdog said in a warning on Friday about potential fallout from the war in Ukraine.

“As market sentiment remains highly volatile and driven by news flow, banks’ liquidity levels can become vulnerable due to spread of inaccurate information,” the European Banking Authority said in its latest “risk dashboard”, which focused on exposures to Russia and Ukraine.

“Such campaigns that spread inaccurate information may result in deposit outflows from targeted banks,” EBA said.

EBA said exposures of banks in the bloc to Russia are too low to threaten financial stability, but economic fallout from the war in Ukraine and cyber attacks could hit the profitability of lenders.

EU banks had exposures totalling 76 billion euros ($84 billion) to Russia and 11 billion euros to Ukraine in the fourth quarter of 2021, mainly among Austrian, French and Italian lenders.

Only Austrian and Hungarian banks reported more than 2% of their total exposures, such as in loans and advances, towards Russia and Ukraine, EBA said.

“Based on the EBA’s initial assessment, direct exposures to Russia, Belarus and Ukraine are limited, but second-round effects may be more material from a financial stability perspective,” it said.

Second-round effects include direct economic fallout of the war such as the fiscal impact, the impact of sanctions, elevated risks from cyber attacks, and the longer-term impact on supply chains in the global economy, EBA said.

Higher inflation and lower growth could dent lending and offset the benefits of rising interest rates for banks, EBA said.

Banks in the EU continued to have overall strong core capital levels of 15.4% at the end of the fourth quarter of 2021, EBA said.