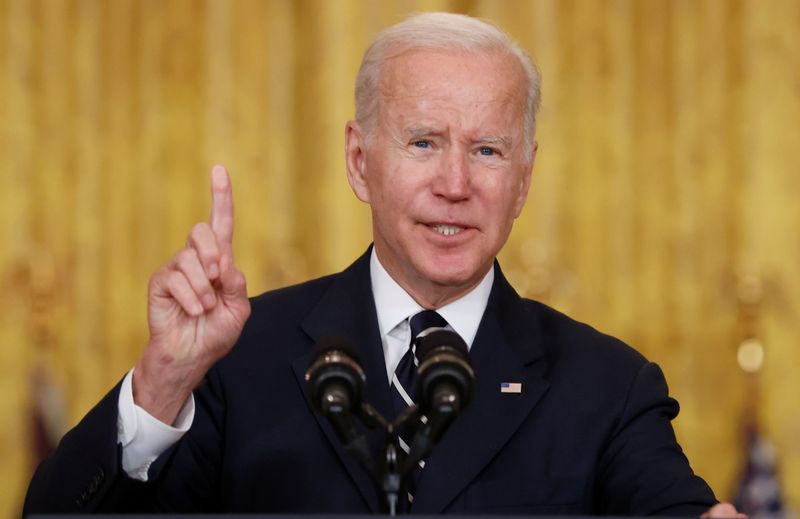 (Reuters) – The Biden administration on Friday made a renewed attempt to end a Trump-era immigration program that forced asylum seekers to wait in Mexico for U.S. court hearings, according to a Department of Homeland Security (DHS) memo previewed by officials.

The administration first ended the Migrant Protection Protocols (MPP) program, informally called “Remain in Mexico”, earlier this year, but was ordered to restart it by a federal judge, who said it had failed to follow proper regulatory procedure.

The U.S. Supreme Court in August rejected an effort by the Biden administration to block the judge’s ruling.

The new memo is comprehensive, DHS officials said on a call with reporters. It “squarely addresses some of the alleged failures of the prior memo,” one of the officials said.

“It takes into account a whole range of new information that’s been made available or that’s occurred since June,” when the previous memo was issued, one official said. The administration will seek to have the court order vacated in light of the new memo, the officials said.

Meanwhile, the Biden administration will continue to take steps to restart the program by mid-November, to comply with the judge’s ruling, officials said.

The possible reinstatement of MPP – even on a short-term basis – would add to a confusing mix of U.S. policies in place at the U.S.-Mexico border, where arrests of migrants crossing into the United States have hit record highs. The administration said it can only move forward if Mexico agrees. The DHS officials said Mexico and the United States are still in talks.

Mexico’s foreign ministry said earlier this month that it has expressed a “number of concerns” over MPP to U.S. officials, particularly around due process, legal certainty, access to legal aid and the safety of migrants.