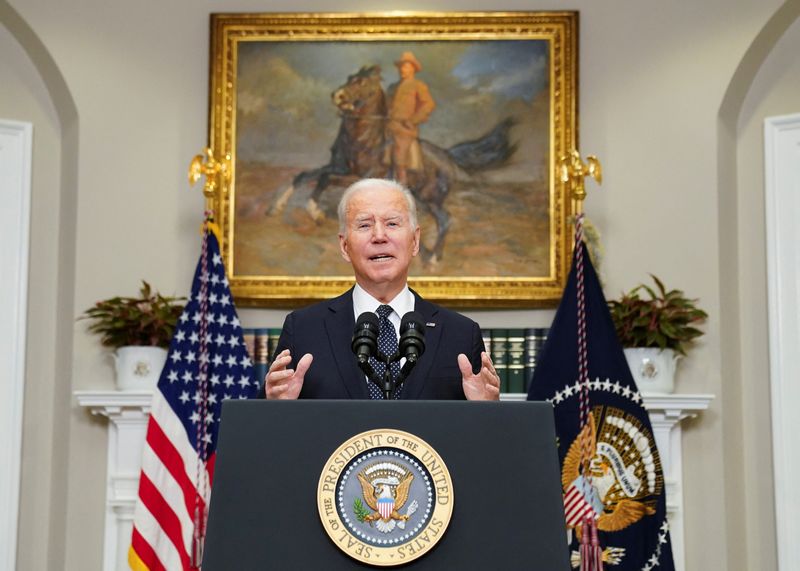 (Reuters) – President Joe Biden said on Friday the U.S. national emergency declared in March 2020 due to the COVID-19 pandemic will be extended beyond March 1 due to the ongoing risk to public health posed by the coronavirus.

Biden said the deaths of more than 900,000 Americans from COVID-19 emphasized the need to respond to the pandemic with “the full capacity” of the federal government.

Former President Donald Trump had declared a national emergency almost two years ago to free up $50 billion in federal aid.

“There remains a need to continue this national emergency,” Biden said in a letter on Friday to the speaker of the House of Representatives and the president of the Senate.

The letter was released by the White House.

Biden’s step to extend the emergency comes even as a slew of local leaders in the United States are dialing back pandemic restrictions as the Omicron wave ebbs.

The governors of New York and Massachusetts announced last week that they would end certain mask mandates in their states, following similar moves by New Jersey, California, Connecticut, Delaware and Oregon.

U.S. health officials said earlier this week they were preparing for the next phase of the pandemic as Omicron-related cases decline.

(Reporting by Kanishka Singh in Bengaluru; Editing by Will Dunham and Sandra Maler)