Binge This Now: Why you should watch Netflix's ‘Sense8’ - Metro US
Television

Binge This Now: Why you should watch Netflix’s ‘Sense8’ 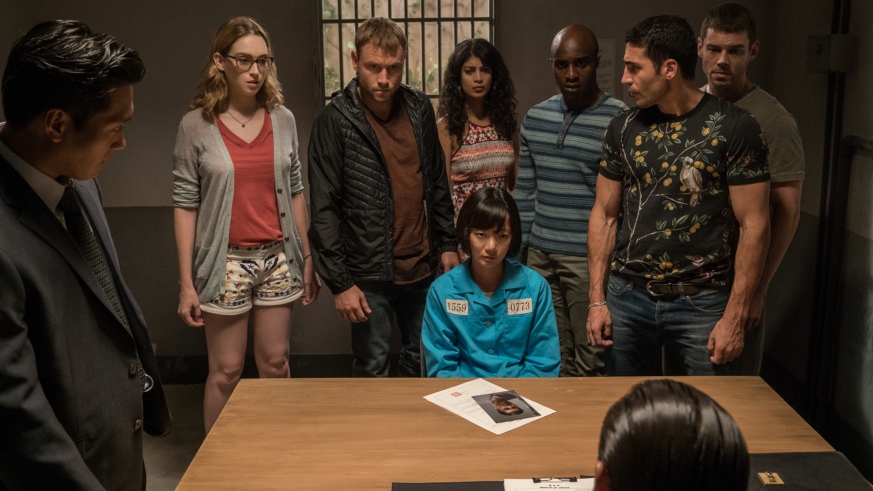 Less than a month after Netflix canceled its globe-trotting science fiction series “Sense8” on June 1, 2017, co-creator Lana Wachowski revealed a finale was in the works. In a letter addressed to the show’s devoted fanbase, she wrote, “There will be another two-hour special released next year.” The news came after an intense social media campaign that peppered Netflix with #RenewSense8 and other hashtags, and now the promised finale is finally here.

What creators Lana and Lilly Wachowski (“The Matrix”) and J. Michael Straczynski (“Babylon 5”) have accomplished storywise with “Sense8” is complex, but not unintelligible. Eight disparate people from around the globe suddenly discover they are psychically and emotionally connected to one another in a cluster of “sensates.” As a result, they can not only communicate with each other, but they can also share their memories, knowledge, skills and languages whenever the need arises.

After a sensate from another cluster named Angel (Daryl Hannah) activates these eight before her death, one of her cluster members, Jonas (Naveen Andrews) befriends and helps them through the process. Meanwhile, the villainous sensate known as “Whispers” (Terrence Mann) attempts to track down and destroy them with the help of the Biological Preservation Organization (BPO), a group hellbent on ridding the world of all sensates.

Why you should binge ‘Sense8’

Soon after the cancellation news, Netflix Chief Content Officer Ted Sarandos praised “Sense8” as an “incredibly ambitious” show. Though “the audience was very passionate,” however, it “just [wasn’t] large enough to support the economics of something that big.” After all, the production logged around 100,000 miles of flight time filming in diverse locations like Berlin, Chicago, London, Mexico City, Mumbai, Nairobi, Reykjavík, San Francisco and Seoul. It wasn’t cheap.

At the same time, the quantity and quality of the settings, combined with the Wachowski’s writing, directing and cinematography, makes for an amazingly beautiful series to watch. What’s more, these various locations are amplified by an international swathe of major and supporting characters, performed by an equally diverse cast. The story is engaging on its own, but these aspects make “Sense8” all the more pleasurable to binge.

Meet the cast of ‘Sense8’

How to binge ‘Sense8’

The series finale of “Sense8” will be available to stream Friday, June 8 on Netflix. All first and second season episodes, as well as the holiday special, are already available to binge-watch.