Blues looking to limit penalties in Game 4 – Metro US
Sports 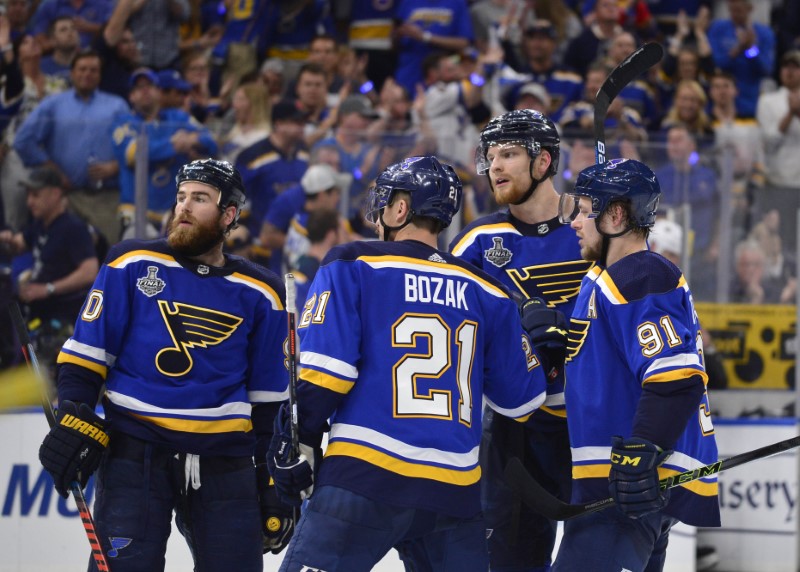 ST. LOUIS — Throughout the Stanley Cup Final, the St. Louis Blues have spoken repeatedly of playing a disciplined game and staying out of the penalty box. Yet when the Boston Bruins appear on the ice, St. Louis struggles to play physically without taking penalties.

It killed the Blues on Saturday night, when Boston went 4-for-4 on the power play in a 7-2 Game 3 win to take a 2-1 lead in the best-of-seven series. If St. Louis wants to win Game 4 at home Monday and tie the series, it can’t afford to give the Bruins four or five more chances.

“We do have to limit the penalties for sure,” St. Louis interim coach Craig Berube said Saturday. “We know they have a dangerous power play. We’ve been flirting with danger all series and it burned us tonight.”

Not only was Boston perfect with the man advantage, it needed only four shots to score four goals. Its four power plays lasted a total of 2:06. Patrice Bergeron, David Pastrnak, Torey Krug and Marcus Johansson each potted man-advantage markers as the Bruins won faceoffs, moved the puck and buried their chances.

“I can tell you as a penalty-killer in practice, it’s hard to compete against those guys,” left winger Jake DeBrusk said. “I can tell you they’re a lot of fun to watch. I have a lot of respect for the way they move the puck. They’re really good and talented players, and they find options all over the ice.”

The Blues’ identity is that of a physical team which, over the course of a game or series, wears an opponent down. The difference between this series and the first three playoff rounds is that they have taken 14 minors in three games, compared to an average of just under three per game en route to the Western Conference title.

St. Louis actually came out and controlled the first six minutes Saturday night, taking its cue from a revved-up crowd seeing the first finals game in the city since 1970. The Blues outshot Boston 5-0 for starters, but the Bruins weathered that storm, converted their first power play in only 21 seconds and gradually choked the life out of the crowd.

By the time Boston led 5-1 late in the second period, the loudest cheers came when NFL MVP Patrick Mahomes was shown on the scoreboard chugging a drink during a TV timeout.

“Listen, every building’s loud this time of the year, typically full,” Bruins coach Bruce Cassidy said. “That’s where having a lot of veterans helps. Some of our young guys were still getting cute late in the second period, but the veterans help in terms of getting them to play winning hockey.”

The Blues need rookie goalie Jordan Binnington to return to the form that made them a championship contender. Binnington ceded five goals on 19 shots before getting the hook for Jake Allen after Krug’s goal. Only one of those tallies could be blamed entirely on Binnington, who got little help from his defense.

“My confidence level in him is really high,” Berube said.