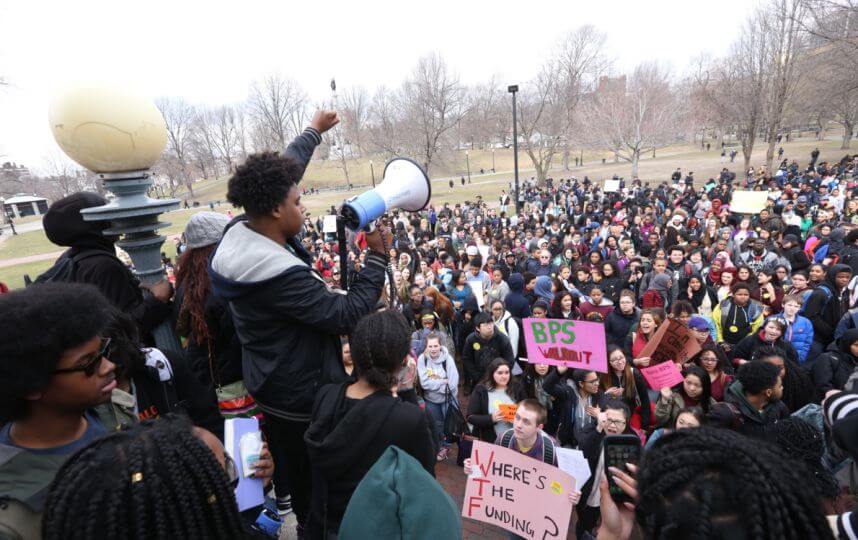 Boston students are planning another walkout this week, a follow-up to a protest earlier this year that saw more than a thousand students leave class and march through the streets over budget cuts.

Organizers said Sunday they expect this week’s demonstration are expecting it to be twice as large as the one in March, according to 18-year-old Jahi Spaloss, a leader of the protests.

“This time it’s been much better organized and students have been encouraging each other to go,” Spaloss, a senior at Boston Green Academy, said in an interview. “And not only that, but we’ll be more well-informed than last time.”

The students plan to walk out of class at 1 p.m., he said, then meet at City Hall at 2 p.m., where Spaloss said he would be among students who plan to testify at a meeting of Boston’s City Council.

He and other students oppose what they call the underfunding of Boston Public Schools, cuts to programming and the possibility of closing or merging schools in the city.

It increases funding for some programs while reducing funding for others, including for special education. Mayor Marty Walsh and Superintendent Tommy Chang defended those “hard choices” in a Boston Globe op-ed a few days after the School Committee’s vote.

In the lead-up to Tuesday’s protest, organizers have been waging a social media campaign.

A video posted to Facebook on Sunday to rally supporters had been shared nearly 150 times by the early evening.