Brandi Carlile on leveling the playing field, one venue at a time - Metro US
Entertainment

Brandi Carlile on leveling the playing field, one venue at a time Brandi Carlile is not just paving a road with her good intentions, she’s creating a brand-new highway from the ground up. With her tireless work ethic and hard-won success, the critically acclaimed and popularly adored singer-songwriter is playing to some of the biggest crowds of her career while trying to address issues of female representation that have tarnished the music industry for decades. With the momentum of taking home three Grammys for her 2018 album “By The Way, I Love You,” Carlile will be touring throughout the remainder of the year playing such venues like Philly’s Mann Center tonight and a huge show at Madison Square Garden in New York City on Saturday, September 14. I caught up with the singer to talk about her journey to this moment and the importance of using your platform for good.

“I think that representation, on a level as it pertains to my daughters, is important because women and men are so different that there is an entire part, in fact, half of the story of the human race not being told with music right now in the way that it should be in the numbers that it should be told in,” – Brandi Carlile 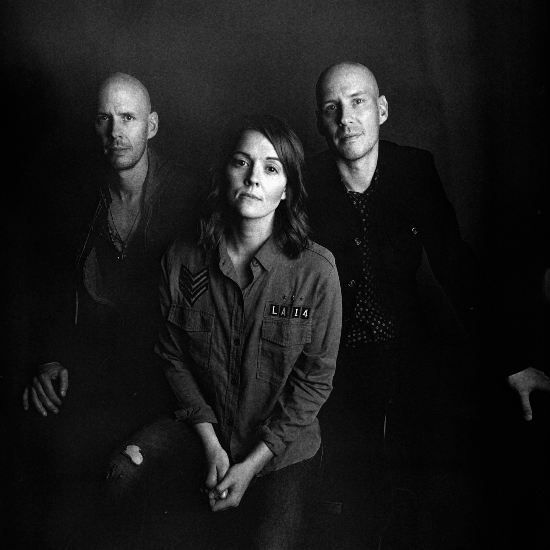 Your 2018 record “By The Way, I Forgive You” seems like a record that needed to be made in our current us-versus-them landscape but will remain timeless after the fact. The two centerpieces of the album, “The Joke” and “The Mother,” seem to be giving advice to your daughter Evangeline. Was that your feeling going into writing this record?

Brandi Carlile: Yeah. And also, I think trying to be a salve or soothing in some way to parts of the world that felt not just slighted by change in the atmosphere that we all feel, but also kind of laughed at by it and picked on by it. You know, we ushered in a new realm I think of insensitivity and unkindness with our sort of political atmosphere and I was kind of feeling like, all right, laugh now, you know? And so, in the same way that you want your children to feel in school, like the era of bullying and being ostracized ends in redemption, I wanted people to feel the same way about the era of bullying and ostracization that’s kind of tempering our country right now.

A lot of people look at an artist’s trajectory as starting from their first releases but don’t understand that getting to that release is a lifespan of an artist unto itself. Doing so well at the Grammys and now playing these large venues must seem like such a victory lap with that in mind.

Brandi Carlile: Yeah, it’s true. I mean, I’m only looking down the hill, you know? It’s like, for some reason, both an impressive climb and look at it and go, God, that’s steep. You know? And for some reason I’ve been able to approach the climb and look at it and go, that ain’t that bad. This is actually really fun and gradual and then get to the top of it and look down and go, “holy s—t.” It’s like that for me. I have always felt like I’m on the brink of all my dreams coming true since I was like entering karaoke contests and s—t. You know, the thing is I’m not saying it hasn’t been a struggle. I have washed my hair in a lot of gas station sinks and I’ve had a lot of unsavory times.

A big constant in your career has been your creative partnership with twin brothers Phil and Tim Hanseroth. You’ve referred to your partnership as being in a band that just happens to be called “Brandi Carlile.” It seems like a really safe way to keep a good perspective on things.

Brandi Carlile: Yeah, I think it’s safe. People create characters all the time to do this job because it’s a dangerous job. They change their name, they change the way they dress. They do something so that they can differentiate between who they are and who they’re going to be. It doesn’t mean they don’t enjoy being that person on stage, or in the job, it just means that they have to have something to preserve. And whenever you are in something in and you call it your name, I think you have to be really, really careful. And for me and the twins, it was accidental that it wound up being that way, you know? It was just the way it was at the restaurant and busing level that we started when we met and when we got our record deal, we just didn’t consider it. But then it developed into starting stuff about publishing. We put the brakes on and we were like, “Whoa, whoa, whoa. Let’s make this Brandi Carlile thing an even split, no matter what we do, even though it’s called, you know, Brandi Carlile.” Nobody’s possessive over their intellectual property or over their name or recognition. So we’ve split it up that way. Knowing that my name wasn’t leaving me anymore in that way. Which is good, because I never really liked my name. That sounds conceptually really strange, I think, on the outside. But when you do this with twins, you have to understand that they’re kind of … not in a negative way, but like codependent by default. They don’t even have their own face. So it’s like when you enter into this kind of thing with them and you say, listen, we’re all “Brandi Carlile.”

Whether through your charity work or addressing the issue of female representation at major festivals with your Girls Just Wanna Festival, you have always used your platform for good. How important do you think it is to lead by example in that way?

Brandi Carlile: I think it’s ethically important. I mean, so first of all, the twins have never balked at it for one second. Even before discussing feminism and representation, which was cool and being discussed in the mainstream. They never once questioned that. I think always been powerful to see these two 6-foot tattooed men standing behind and backing up a woman singer vocally. It’s really fundamentally supportive in a really powerful way. So I think that’s really important for women to see, to a certain extent. We spend a lot of time being background singers, playing tambourines or being this kind of utility player. The girl in the band. It’s a role reversal of that. And then representation as a whole, I see as a really important problem because people know the work that I’ve done for refugees and displaced people has given me perspective on what we cry persecution about. I think we have to be really careful about that. I think that representation, on a level as it pertains to my daughters, is important because women and men are so different that there is an entire part, in fact, half of the story of the human race not being told with music right now in the way that it should be in the numbers that it should be told in. That’s a big thing that affects young people. I know that I found huge parts of my identity in the arts. I don’t know that I would have a family or would be married if I weren’t told by people like me in the arts that it’s possible. And so I just think it’s really important that you take a good, hard look at particularly the genres that are extremely exclusive right now, like the roots and country.

With that being said, what is the story behind your new supergroup, The Highwomen, with Marrin Morris, Amanda Shires and Natalie Hemby? It seems like you are putting the country music world on notice.

Brandi Carlile: We’re trying to tell the stories that we felt we needed to hear to be the people that we are. And some — some women, some girls in rural parts of America — only have access to country music. That’s all they’re allowed to listen to. That was where I was in my childhood at the time, and even though I didn’t have very many gay women singers in my youth, just the women’s stories, just stories of women coming of age are really important to young girls. The Dixie Chicks were really important to young girls. So we’re trying to be that thing for our daughters and hopefully open the door so that more people can be that thing, you know?