What is the appropriate plan of attack when making an “intro playlist” of your favorite band for someone who has never heard them before? It can be a daunting task discarding hidden gems in favor of the crowd-pleasers, eschewing your sentimental connections with certain songs for the moments that put them on the marquee to begin with. That’s why Spoon’s new greatest-hits album, “Everything Hits at Once: The Best of Spoon” is bound to be debated by fans of the band all summer. After all, how do you create a “greatest hits” album for a band that has next to zero bad songs?

“You can’t put everything on there. It’s a brief introduction,” – Britt Daniel of Spoon on the impossible task of making a “greatest hits” album. 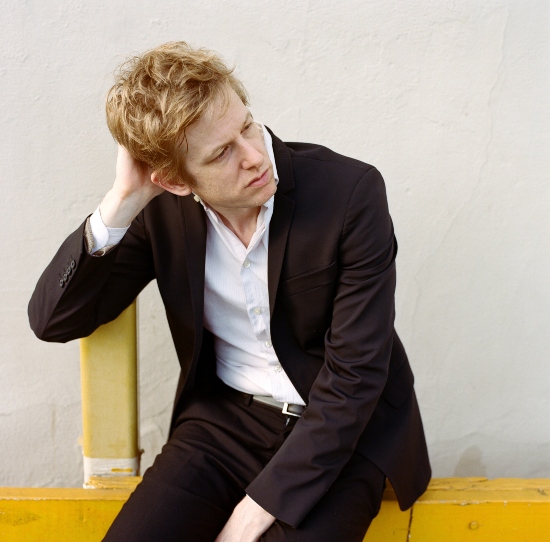 Unlike bands who play more of a numbers game, Spoon belongs in the pantheon of indie-rock greats who have an output of airtight records with rare traces of fat. In other words, lead songwriter Britt Daniel and Co. run a tight ship, so whittling down their career into one single 45-minute “greatest hits” album can be an almost impossible task.

“It was a process,” laughs Daniel when I speak with him over the phone. “When I came up with my first list for a ‘greatest hits,’ it was three discs long. Then we had to narrow it down to one disc. It was not easy. … You can’t put everything on there. It’s a brief introduction.”

What the collection does have is some of the finest moments from each of the band’s 10 albums, including songs like “That’s the Way We Get By,” “I Turn My Camera On” and “The Underdog.” At the control center of the band has always been Daniel’s partnership with drummer and producer Jim Eno. I ask Daniel if there was any sort of heated debate between the two on which songs would make the cut.

“We didn’t disagree too much,” he says. “The main issue was figuring out what type of compilation it would be. Maybe we could have made one that would be rarities and B-sides, with some hits as well, but we figured out that wasn’t really the goal here.”

Looking back on some of the best greatest-hits records, sometimes you need to separate the words “best of” from “greatest hits” in order to justify questionable track listings. I ask what were the albums that Daniel took his inspiration from when selecting and sequencing songs.

“The first ‘greatest hits’ I used to listen to all of the time was The Supremes,” Daniel remembers. “My mom had a Supremes greatest-hits record. That was really all I needed [laughs]. I think the first one I bought was ‘Standing on a Beach’ by The Cure. I bought it without having heard a note. I just knew of The Cure. When I bought that record, I bought it on cassette because that was the thing then, I went back and got all of the albums after that. I guess that compilation worked because I wanted to find out more.”

That’s the name of the game, of course: To give the uninitiated future Spoon fan an entry point to dive in. Lucky for them, the new retrospective also includes a brand-new song, the blistering new single “No Bullets Spent.” The song is a perfect representation of a band that has covered a considerable amount of territory and has returned to land in complete control of their powers. I ask Daniel if the inclusion of this new song was a way of showing new fans a glimpse into the future of the band’s evolution.

“I guess it works that way,” Daniel muses. “We just had new songs. We’re in the middle of making an album right now. We’d probably be making it right now if we weren’t on this tour.”

As a fan of the band, my ears immediately perked up at the news. I needed to know more. Where will this ever-adventurous band be taking us next? Who will be along for the ride in the producer’s chair? Will it be David Fridmann [of Flaming Lips and Mercury Rev fame], who has produced the band’s last two albums, “They Want My Soul” and “Hot Thoughts”? I needed answers.

“We’ve been recording it in Austin,” Daniel explains of the as-yet-untitled new album. “We haven’t been working with Fridmann this time but I’m in touch with him. I actually sought him out for some advice. Maybe he’s the guru of the album. We’ve been working on it in Austin with this guy Mark Rankin [Weezer, Queens of the Stone Age].”

While the new single may be the only glimpse we have into the band’s direction, we also know that the band will not be moving forward with their longtime bassist, Rob Pope, on the road. Pope decided to leave the band this year to spend more time with his family and to focus on touring with his other band, The Get Up Kids. As a replacement, the band has welcomed new member Ben Trokan of Reigning Sound and the Jay Vons.

“It’s great. He’s an amazing player,” says Daniel of Trokan. “I think we all were bummed when Rob told us he needed to leave. I did try to talk him out of it, but it’s hard to argue with a guy who’s saying he needs more time with his kids. It’s hard to top that one.”

The band is currently on tour this summer with both Beck and Cage the Elephant, playing some of the biggest venues of their career. With so much time for introspection on what the band has been able to achieve, playing the “hits” must feel like a victory lap.

“It’s great, it’s a big tour. A lot of people are coming out every night,” says Daniel, modestly.

Spoon will be playing this Saturday, Aug. 17, at Forest Hills Stadium in Queens with Beck and Cage the Elephant. Find tickets here.

Stream Everything Hits At Once: The Best Of Spoon below…