Brooklyn Queens Connector streetcar gets one step closer to reality 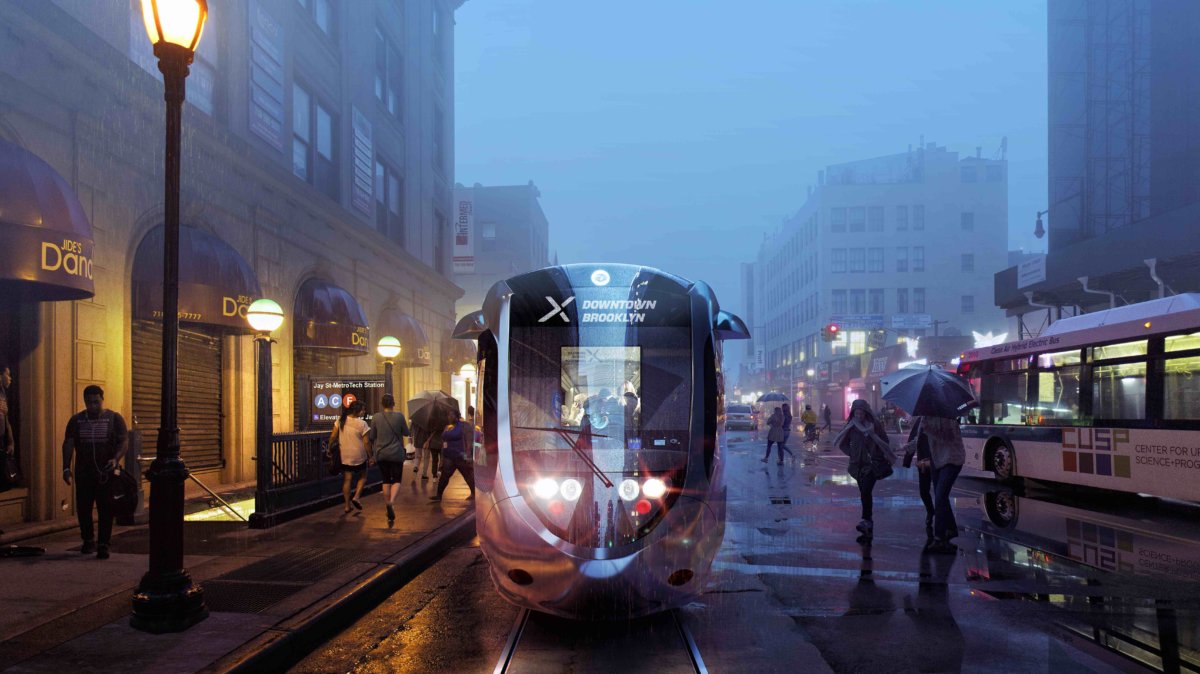 Friends of the Brooklyn Qeens Connector

The long-embattled Brooklyn Queens Connector (BQX) is taking another step toward realization on, as New York City’s Economic Development Corporation commissioned an “Environmental Impact Statement” for the project on Wednesday.

“Today’s EDC announcement is a critical step forward for the BQX project and the thousands of New Yorkers who stand to benefit from increased transit access in their neighborhood,” said Tom Wright, president of the Regional Plan Association. “The BQX has the potential to connect areas of Brooklyn and Queens that have never been accessible by public transit before, create new jobs and build a forward-thinking system that serves current residents and withstands growing capacity to the region.”

The city will pay $7.25 million to consulting firm VHB to assess how the proposed 11-mile streetcar track will affect the environment around it, namely the riverfront between Sunset Park, Brooklyn and Astoria, Queens. Additionally, the statement will have to list and analyze viable alternatives to the streetcar plan, as well as identify ways to reduce or avoid possible negative impacts, which include gentrification and “changing the community character.“

Advocates for the streetcar line say that it will allow underserved communities, including 40,000 NYCHA residents in “transit deserts” who don’t have easy access to public transit otherwise. Opponents of the plan, including transit rider advocacy group TransitCenter argue that the city’s money could be better spent elsewhere.

“We don’t expect the ridership to justify the cost,” Ben Fried, a TransitCenter spokesperson, told the Wall Street Journal.

Unlike the MTA, which is under the control of its own group of city- and state-appointed officials, plans like the BQX streetcar line and New York’s ferry system are controlled by the city alone, meaning that de Blasio wouldn’t need to petition the state for funding. However, after a feasibility study in August of last year, the de Blasio administration will seek $1 billion from the federal government to help finance the plan.

“Today’s news makes it clear: the BQX is moving forward,” said Jessica Schumer, executive director of the Friends of the Brooklyn Queens Connector organization, in a statement.

The BQX streetcar is anticipated to cost the city around $2.7 billion, though Mayor Bill de Blasio’s administration does not expect construction to begin until around 2024. The city expects the line to serve 50,000 riders per day in its first year, helping them reach homes and workplaces along the east bank of the East River. The line runs through Long Island City, where Amazon’s much-opposed HQ2 is slated to be built.