Can you clone a dog? - Metro US
The Big Stories

Can you clone a dog? A feature published in Variety this week revealed that Barbra Streisand’s two dogs, Miss Violet and Miss Scarlett, are actually clones of her late Coton de Tulear, Samantha, who died in 2017. But can you clone a dog, really?

Let’s get down to it: can you clone a dog?

Yes! (Barbra did it after all.)

Gillespie’s facility has done cell preservation for everything from parrots to horses and even a “rare exotic zebra.” But, he says, “95 percent are dogs and cats, and we do twice as many dogs as we do cats.” 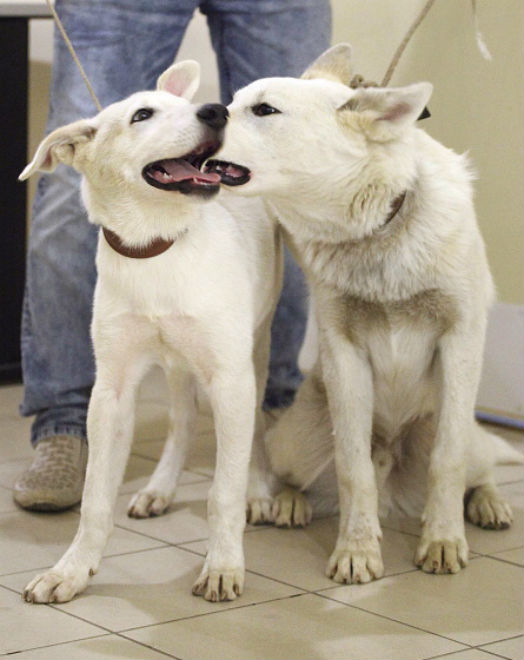 Here’s how it works: two skin biopsies from your dog “about the size of pencil erasers” are sent to the PerPETuate lab in Massachusetts where they “culture and cryopreserve” viable DNA, or a cell line. It’s suggested that your veterinarian performs this initial biopsy.

“We digest the cells in enzymes, segregate them and grow as many as 2 to 3 million,” Gillespie says. These viable cells are then sent to one of two cloning facilities — ViaGen based in Texas and Sooam Biotech Research Foundation in South Korea — where they develop embryos from these cells.

Gillespie explains that they take unfertilized egg cells from a surrogate female dog and, in simple terms, “suck out all the DNA that’s inside those eggs” and transfer the DNA from “your dog’s egg cells into the female dog’s egg cells.” These are struck with “a shot of electricity” and start multiplying. Once embryos develop, they are implanted into the surrogate mother.

“Out of the 10 or 12 embryos transferred, about half will develop into fetuses,” Gillespie says. “After the 2 month gestation period, we’ll have two or three fetuses that will develop and be born into puppies.” (Like Barbra’s.)

I want to clone my dog. When should I do it and how much does it cost?

It’s better for an owner to start this process when their dog is alive because, “if you wait until your animal is deceased, you only have one chance to get a viable cell line and you have no alternative,” Gillespie states.

But once your dog’s cell line is deemed viable, you don’t need to clone your dog right away — these cells can be frozen and preserved until you’re ready, which Gillespie says could be “a week later or 20 years later.”

PerPETuate charges $1,300 for the first year if cells are deemed viable ($1,200 for culturing and $100 for storage). The annual fee thereafter to preserve these cells is $100. Cloning facilities have their own fees — ViaGen, which charges $1,600 for genetic preservation, charges $50,000 for dog cloning.

So, can you clone a dog? Yes. But is it worth the price?

Gillespie cites PerPETuate’s first clone of 2018 as an example. Billy Bean, a full-grown donor dog, and Gunni, her clone puppy, are both Black Labs with smaller builds. When Billy Bean was little, she emitted a “bad odor” for a few weeks that ultimately went away, and now, her owner told Gillespie that Gunni started to emit the exact same odor.

Cloning technology like this could eventually correct defective genes and eliminate genetic diseases, Gillespie says. “This technology is greatly understood, greatly underestimated and has a lot of potential.”