Twenty giant candy sculptures wrapped in the flags of the United Nations G20 members will be relocated from next to the 9/11 Memorial in Manhattan after an uproar over one of the candies representing Saudi Arabia.

Candy Nations was created in 2011 for the G20 Summit in Cannes, France and has been displayed in more than 25 countries without any criticism or protest, including in New York. They got a sweet reception in October when the Garment District Alliance installed them on Broadway between 36th and 39th streets. The candies were moved to Lower Manhattan in December 2018 and posted at various locations around the 9/11 Memorial.

But the inclusion of Saudi Arabia raised complains at the candies’ new location because of its proximity to the site of the Sept. 11, 2001 terrorist attacks. Fifteen of the 19 hijackers were from Saudi Arabia, though its rulers have denied any involvement. A lawsuit brought by hundreds of family members of 9/11 victims and survivors against the kingdom is ongoing.

“We have been in contact with the 9/11 Memorial and various stakeholders, and in full collaboration with the artist will relocate the exhibit from its current location,” according to a statement from the Port Authority of New York and New Jersey, which installed the sculptures. 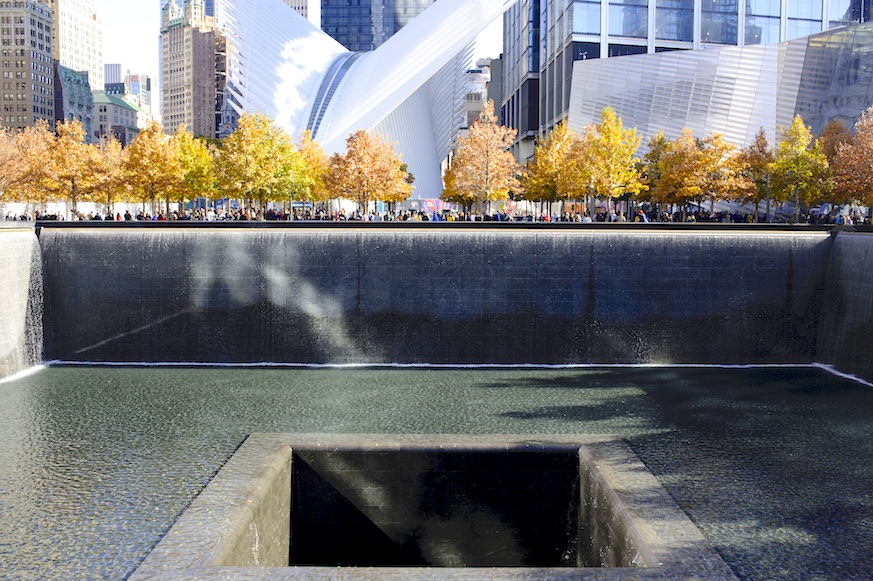 The Saudi Arabian candy is one of 10 placed around the Oculus, seen in the background of one of the 9/11 Memorial fountains. Credit: Getty Images

They were originally to be on display through Feb. 28, but are being moved beginning today, Jan. 14 to JFK International Airport, where they will be displayed throughout the AirTrain concourse.

Just removing the Saudi Arabia candy was not an option for their creator, French artist Laurence Jenkell. “[T]here is no way I can do such a thing as the flag of Saudi Arabia is entirely part of the G20 just like any other candy flag of this Candy Nations show,” Jenkell told Buzzfeed News.

“And G20 is all about that: peace, unity and love among mankind,” she continues. “Exactly [the] same meaning as my candy flags sculptures bringing joy and happiness to everyone on Earth.”