The relationship between an artist and their art can be as fraught and difficult as any. Chasing and harnessing a creative muse can take patience and introspection into the process in order to break new ground. That is exactly what Welsh singer-songwriter Cate Le Bon had to do to create her astounding new album “Reward.”

“The whole process was completely new but it was important to listen and allow the record to be itself as opposed to trying to crowbar something obtuse within it,” – Cate Le Bon 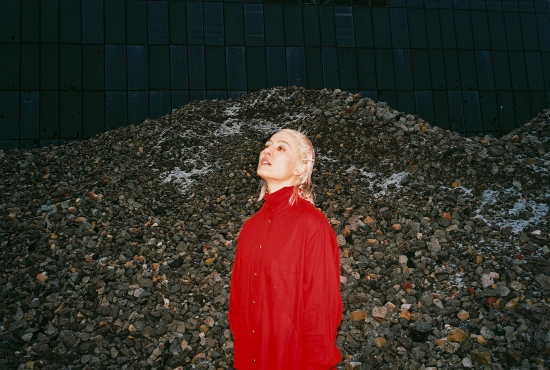 In order to reach this point, Le Bon had chosen to leave behind her music completely and enroll in civic school for a year in northwest England’s rural Lake District to study furniture building. While attending school full-time, she lived in a small cabin by herself and let the songs come to her without forcing the magic.

“The whole process was completely different and it’s probably the most involved I’ve ever been in one of my records, which sounds ridiculous,” says Le Bon over the phone. “I had taken some time off from music to readjust my relationship with it. I’ve been doing it for so long, I suppose, it’s good to check in and check your motives and check whether you’re invested in it, especially when you’re asking other people to invest in it. In doing that and concentrating on something else, I went to civic school for a year, which was all-consuming and pretty intense. So music was at this kind of place where I could redefine my relationship with it in a really natural way and figure out what it was I love about making music what it was I didn’t enjoy about it. What I wanted from it and what my motives were. So it was almost like making my first album on my own terms, but with that kind of knowledge and experience from having done it for so long.”

Released in May, the resulting album finds Le Bon exploring an emotionally rich territory that the artist had yet to venture into in the past. Largely eschewing the tense and challenging art rock of such beloved albums as “Mug Museum” and “Crab Day,” Le Bon introduces a lush palette of orchestral instruments to take the place of her signature guitar-playing, and with fewer intricate arrangements that let her confessional songs speak for themselves. In fact, the title of the record, “Reward,” brings to mind exactly that: an artist in the midst of a creative breakthrough that will surely define all of the music that she will create from this point forward.

“I was unaware that I was writing a record,” Le Bon explains about the unexpected way these songs appeared. “I was taking time away from school or homework. I was living by myself in a really secluded part of the world and barely seeing anyone. The piano became really important and writing songs was a way of keeping myself somewhat sane. It was quite cathartic. The songs then existed for so long and were written with an awareness where they were just allowed to be the songs they were. … The whole process was completely new but it was important to listen and allow the record to be itself as opposed to trying to crowbar something obtuse within it. Because that would just feel wrong.”

The general lyrical themes of the record deal with life-changing heartbreak and the internal confusion found from that resulting isolation. “A day in the life, arranging the chairs, and I’m never gonna live it again,” she sings mournfully on the standout single “Daylight Matters,” concluding with the resolve, “Love you, but you’re not here. I love you, but you’ve gone.”

“I don’t think I’ve ever been so open or personal,” Le Bon says with a sigh. “I thought, ‘that’s okay.’ That’s what I needed to sing about and those are the words I needed to use. Similarly, it’s pretty direct at times, lyrically, which is not something I would have been comfortable with.”

In touring the new album, Le Bon wants to put the songs first above all else, and will be on the road with the biggest band she has ever performed with. On the road, she will be relinquishing her duties on guitar to focus on staying as close to the material as possible while singing.

“I wanted to remove myself from playing guitar and I just wanted to sing the songs so that there was no disruption,” she says. “I’ve had to increase the band and it just has the most wonderful and instrumental and beautiful people onstage with me. It’s the happiest I’ve ever been playing music. Acknowledging that in playing music and going onstage, you’re trying to translate something to somebody, and that needs to have an authenticity to that, too. It’s been really nourishing and rewarding to share that with this incredible band.”

Make sure to catch Cate Le Bon on tour this summer.