The Islanders released their new third jersey on Monday. (Photo courtesy of the New York Islanders)

A nod to the past. Ready for the future. #Isles pic.twitter.com/IyGCnR51l0

Just in time for the season – some fresh @adidashockey threads for the @NYIslanders. pic.twitter.com/5LLeXZM1Vy

This was the first opportunity for the Islanders and the rest of the league to come up with a third jersey under Adidas. The NHL’s jersey provider disallowed alternate uniforms during their first year in control after taking over from Reebok.

The design was leaked a few weeks back, though there was no official confirmation until now, just three days prior to the start of the regulars season.

You can see a full list of who released NHL third jerseys here.

The Islanders third jersey keeps the franchise’s original colors of blue, orange and white, which is a relief to plenty of fans who were afraid of another black alternate jersey or one that instituted the teal of the ill-fated fisherman jerseys from the mid-90s.

It takes aspects of two of the team’s most recent alternate jerseys and seemingly meshes it into one.

It takes the basic set up of the Islanders’ Stadium Series uniforms and de-chromed the crest while taking the 2-D aspects of the logo from the team’s previous black third jersey it wore when it first moved to Barclays Center in Brooklyn. 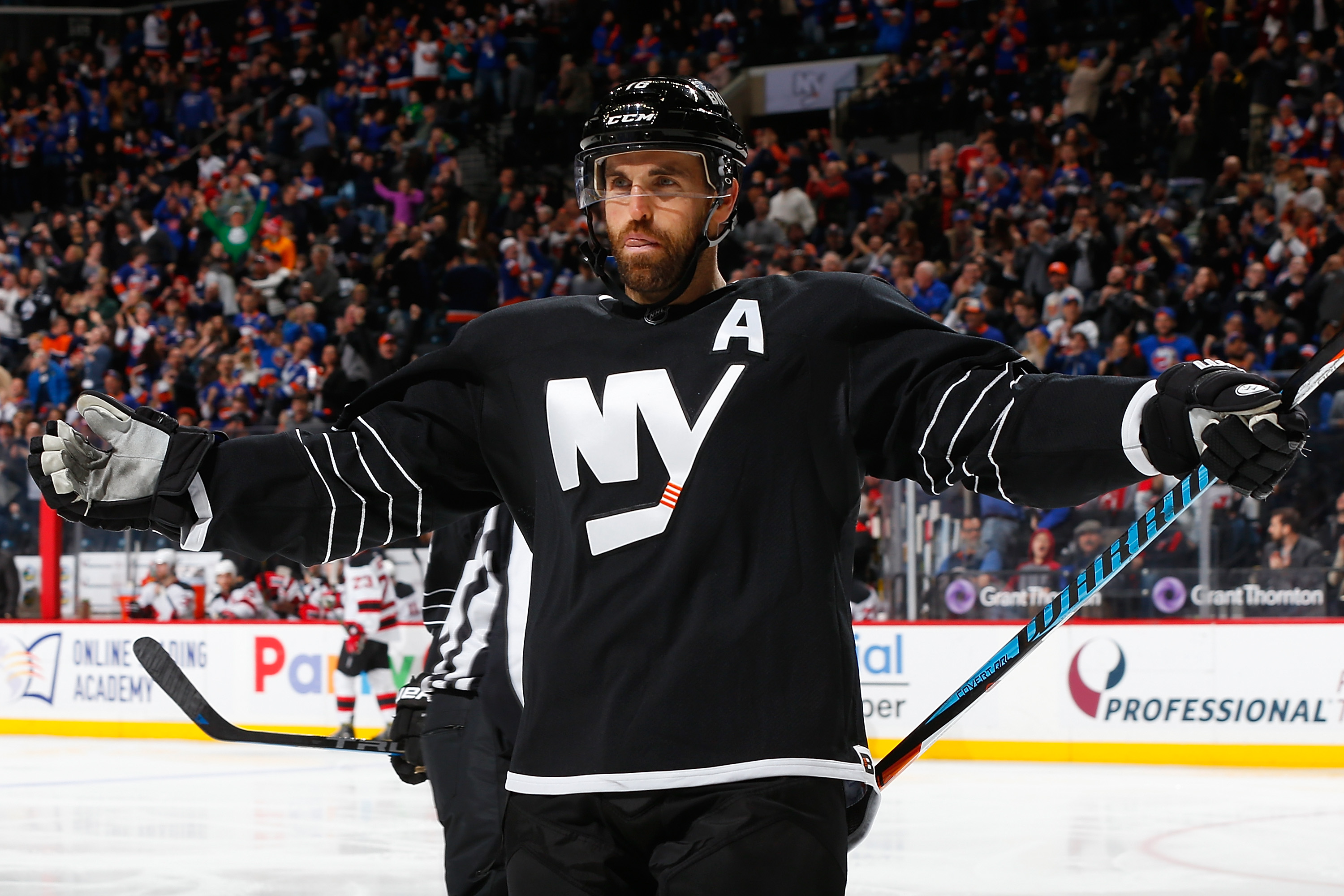