Cheese lovers: You can get cheese ice cream this month in NYC - Metro US
New York

Cheese lovers: You can get cheese ice cream this month in NYC Will cheese ice cream be your go-to flavor this summer?

Where to get cheese ice cream this month

Friday, August 3, through Friday, August 10, Davey’s is selling two cheese ice cream flavors: “You Feta Believe It!” and “The Présidential Sweet” made from Président Cheese.

The roasted garlic swirl may throw you off (and we don’t blame you if it does), but it’s worth a try — especially with this being a limited time offer.

You can buy both flavors by the pint according to the following: 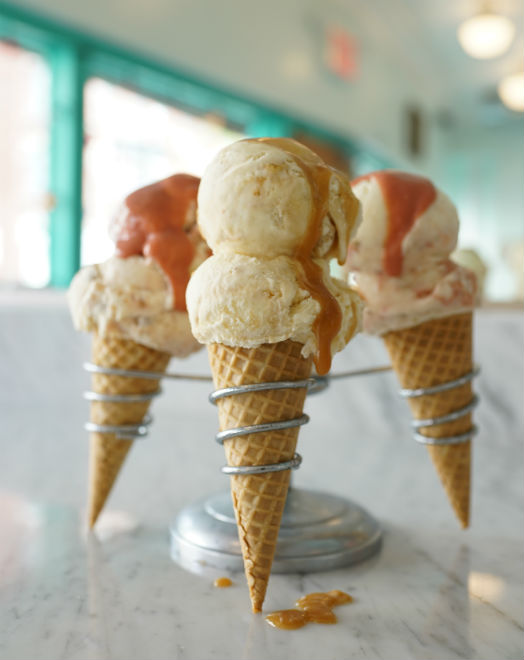 OddFellows Ice Cream is also joining in on the fun with their own cheese ice cream available this week.

In honor of Annelies’ second birthday, OddFellows will be serving scoops of this cheese ice cream from Thursday, August 2, through Sunday, August 5.

Murray’s will also be giving out samples at their Bleecker Street store and Grand Central Market location on August 2.

In case you miss the opportunity to get your fix from Davey’s or OddFellows, you can head over to Dominique Ansel Kitchen, whose soft serve window has been offering cheese ice cream — burrata with balsamic reduction, to be exact — since 2015.

“It doesn’t taste like cheese—it’s more like a rich, creamy flavor,” Ansel told Bon Appetit last summer. “I lower the sugar ratio so it intensifies the flavor of the burrata and brings out the saltiness.”

Also, head over to Whole Foods and other retailers for a tasty pint of Coolhaus’ Balsamic Fig and Mascarpone.

What are you waiting for? Be like a mouse and go get that cheese (ice cream).