Liverpool’s record signing of Brazilian goalkeeper Alisson from Roma has all but ended their activity during the summer transfer window. That could be good news for Chelsea or at least a silver lining. If they lose star winger Eden Hazard in the coming weeks, French playmaker Nabil Fekir could be available for the taking. 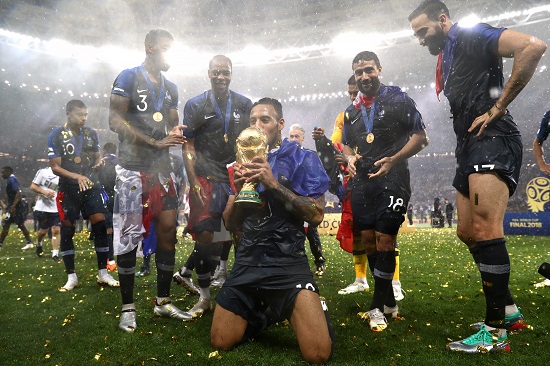 Fekir was slated to join Liverpool last month before a move broke down, per the Mirror.

The attacking midfielder, who can play down the middle or on the right, scored 18 goals and added another eight assists for French side Lyon in 28 appearances Ligue 1 play. He added three tallies in UEFA Europa League play before making six appearances during France’s 2018 run to the World Cup title.

According to Sport, he on Chelsea’s radar should Eden Hazard sign with Real Madrid this summer. The Belgian star has been linked with the Spanish giants for quite some time, even more so now that Cristiano Ronaldo’s nine-year run with the club ended earlier this month as he signed with Italian side Juventus.

A recent report revealed that Chelsea is keen on keeping Hazard, though his domestic and international teammate and goalkeeper Thibaut Courtois could be on his way to Madrid after Los Blancos lost out on Alisson.

It is believed that Hazard could call for a deal similar to that of Neymar’s last year when the Brazilian signed with Paris Saint-Germain from Barcelona, one that came out to approximately $263 million.

While the move would be difficult for Chelsea seeing as they would lose its talisman, that kind of money could be repurposed to round out the squad in new manager Maurizio Sarri’s image.

He has already brought in Jorginho from Napoli and is close to signing Russian playmaker Aleksandr Golovin.

Fekir would cost a fraction of what Hazard could and allow Chelsea to continue building on a squad that came in fifth in the Premier League last season.