The 51st annual CMA Awards were held last night at the Bridgestone Arena in Nashville, Tennessee

This year, the Country Music Association Awards ceremony honored those affected by the mass shooting at a country music festival in Las Vegas in October.

During the show, Underwood performed the Christian hymn “Softly and Tenderly” while surrounded by audience members holding candles. During her heartfelt performance, all 58 victims from the Las Vegas shooting appeared on a screen behind her as she performed. Her performance was followed by a moment of silence. 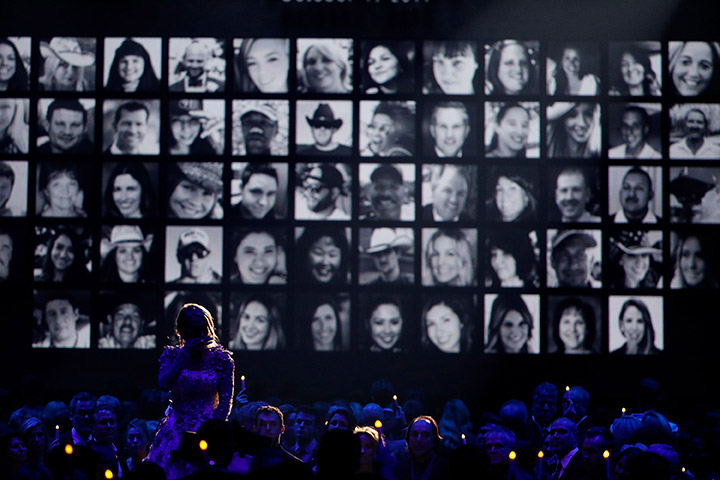 Garth Brooks, who took home his second consecutive Entertainer of the Year Award performed “Ask Me How I Know” during the show. After the ceremony he admitted that he lip-synced his performance, saying he was sick.

“We made a game-time call on whether to sing to a track or lip-sync,” Brooks said. “And we decided to lip-sync it.”

In case you missed the show and want to catch up on all the winners of the night, check out the list of nominees and winners below.

Entertainer Of The Year:

Single Of The Year:

Album Of The Year:

Song Of The Year:

Female Vocalist Of The Year

Male Vocalist Of The Year:

Vocal Group Of The Year:

Vocal Duo Of The Year:

Musical Event Of The Year:

Musician Of The Year:

Music Video Of The Year:

New Artist Of The Year: