Complete guide to the super moon tonight: When it is, where to see it andmore – Metro US
Things to Do

Complete guide to the super moon tonight: When it is, where to see it andmore No, we don’t mean as in, wow, that’s a super moon out tonight. We mean there’s a super moon tonight. OK, we mean both, because the moon’s going to be big, beautiful and well worth taking pictures of — or at least admiring out in the cold for a few minutes.

If you’re already familiar with the term super moon, you know what a sight it can be — when it’s visible. The super moon tonight is actually the only visible super moon of 2017, so bundle up and enjoy the free show.

What is a super moon?

Other than a spectacular and free sky show by Mother Nature, a super moon is a natural phenomenon in which the moon appears bigger and brighter than usual because it deviated from its usual path through space, or its orbit. Well, sometimes.

The average distance of the moon from Earth is 239,000 miles. When the moon follows an altered path through space that brings it within 223,000 miles or fewer of the Earth, it’s called a super moon because of its unusually spectacular appearance in the night sky. But that entirely depends on the phase of the moon. A super moon can occur during a new phase of the moon, which means you won’t see much of anything, though it’s technically closer to the Earth. 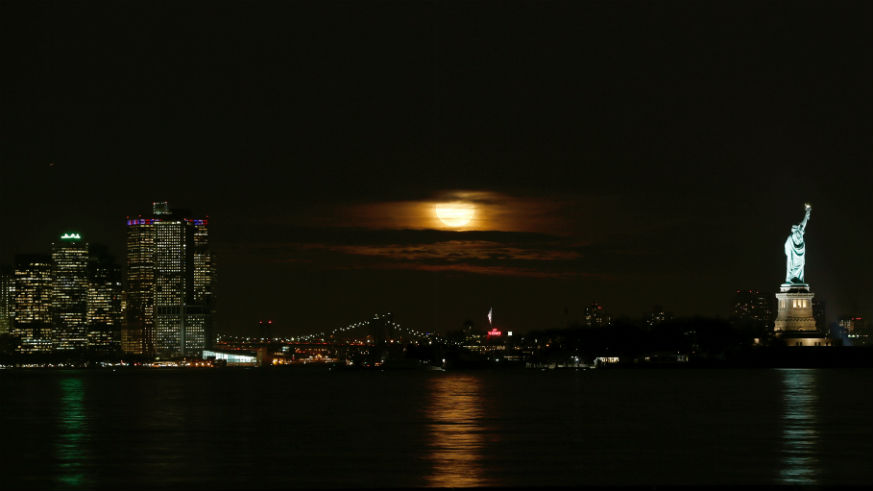 Luckily for you, the super moon tonight is full and is a “cold moon” (more on that later), so you’ll be able to see it in all its splendor well before the wee hours of the night or morning. In fact, this visual effect is most pronounced when the full moon is rising over the horizon. The super moon tonight will come as close as 222,135 miles from Earth, according to Space.com.

Some experts aren’t sure there’s actually a discernible difference to us down here on Earth, but don’t let that stop you from checking it out.

What is a super moon? Let Tech Insider break it down more in the video below.

Why is the super moon tonight special?

Super moons happen a couple times a year, so why is the super moon tonight special exactly? This year hasn’t really been our year if you’re someone who likes to catch sight of all of these natural spectacles. The other super moons this year have been in the new phase of the moon. In fact, we’ve had three already this year, probably without you knowing about any of them. The super moon tonight is the only one of the year happening when the moon is bright and shining in its full splendor.

Why is the super moon tonight also called the cold moon?

Many nicknames for full moons date back to Native American tribes and their traditions. The cold moon term, which applies to the super moon tonight but not many of the other super moons that happen throughout the year, is given because — very simply — of the time of year in which it occurs. And, for the record, a December moon doesn’t have to be a super moon to be a cold moon.

Winter is when it’s cold and darkness falls early. So it only makes sense for instances of this phenomenon that happen in the winter, like the super moon tonight, to be named after those characteristics.

What time is the supermoon tonight?

You can catch the super moon tonight, Sunday, December 3 starting at around 4:30 p.m in New York City and the surrounding area. The best views will be after the sun goes down, so check your weather forecast for the expected sundown time to see when you should step outside for a spectacular show. You can catch a glimpse of the super moon tonight throughout the night, into Monday morning. Just catch it before the sun comes up Monday and you have to rush to work.