Creepy, dark, amazing: You must see these underground sites - Metro US
Travel

Creepy, dark, amazing: You must see these underground sites

You can scale the highest mountains, take a plane around the world, and dive into the deepest parts of the ocean, but often forgotten are the sights right below your feet, hidden beneath cobble-stoned streets and under barren landscapes. Some are breathtakingly beautiful, while others might send shivers down your spine.

From tunnels carved in wartime by to a natural cave filled with a galaxy of stars, we have the 10 most fascinating places underground (and you don’t have to be a scientist to see them). 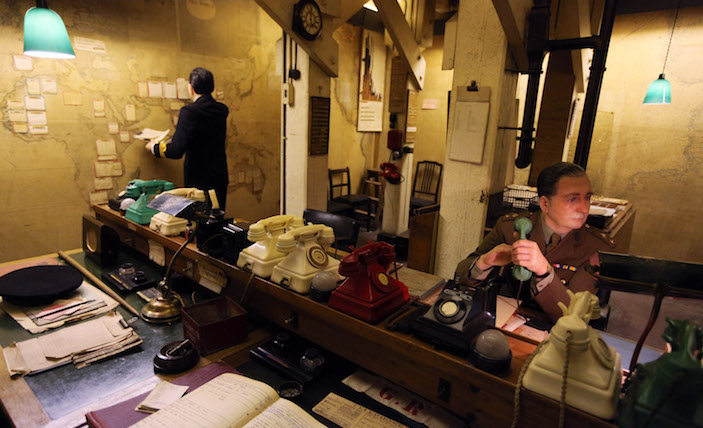 Hidden beneath the streets of London lie the Churchill War Rooms, where former British prime minister Winston Churchill, his cabinet, and military personnel directed the course of the Second World War. Now part of the Imperial War Museums, the underground bunker protected the staff and their secrets during the tense days and nights of the conflict. After the war, the historic value of the complex was recognized immediately and some places like the Map Room have remained exactly as they were left on the day the lights were turned off in 1945. The museum includes the sleeping quarters, Churchill’s swivel chair, and historic maps and documents.

From mid-May to mid-October, you have the chance to journey towards the center of the earth in Iceland. Less than an hour’s hike across Thrihnukagigur’s lava field, the moment of truth arrives when the open cable lift descends 394 feet into the maw of the volcano, which last erupted 4000 years ago. The trip down or up takes about six minutes, and time spent on the ground is about 30 minutes. 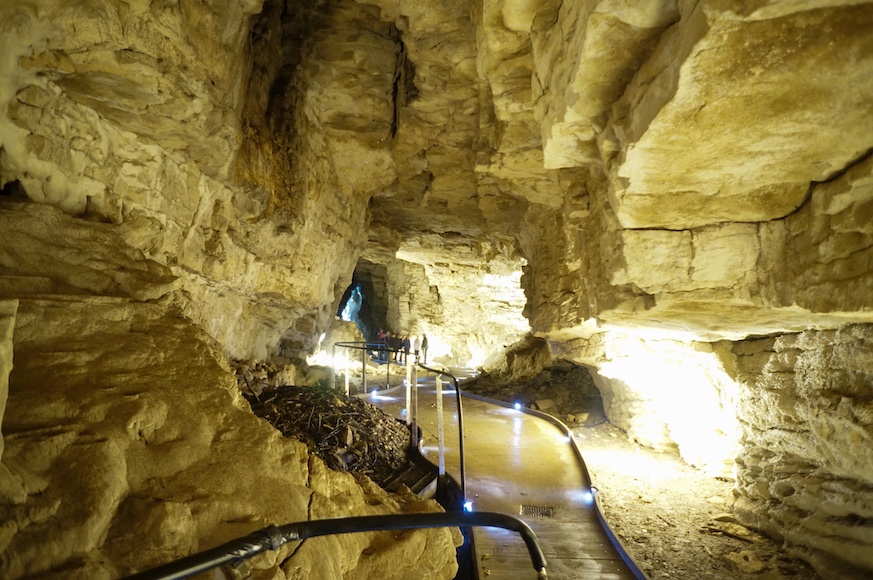 One of the must-see attractions on New Zealand’s North Island, the Waitomo Glowworm Caves are famous for their stalactite and stalagmite displays, and the presence of millions of native glowworms that hang from the cave walls and ceilings. In the cave system, carved through limestone by underground streams over the last 30 million years, the tiny creatures radiate a whitish-blue luminescent light that attracts prey like moths and other small insects that get caught in the glowworms’ sticky threads of silk. The highlight of each guided walk is the boat ride through the pitch black Glowworm Grotto where the sparkling cave ceiling will make you think you’re standing right under a galaxy of stars.

Salt was first extracted from Romania’s Turda Salt Mines in 1075, and the mine was open through the Middle Ages until its closure in 1932. Salina Turda was reopened in 1992 as a subterranean museum and halotherapy center to treat respiratory problems with the mine’s ionized air, pressure, and humidity. It is located 368 ft below the surface and has huge underground halls (the biggest one being 295ft in height and 285ft in diameter). Highlights of Salina Turda include an Echoes Room, a “cascade of salt,” an underground lake, stalactites (some are 10 feet long) and the Crystal Hall. 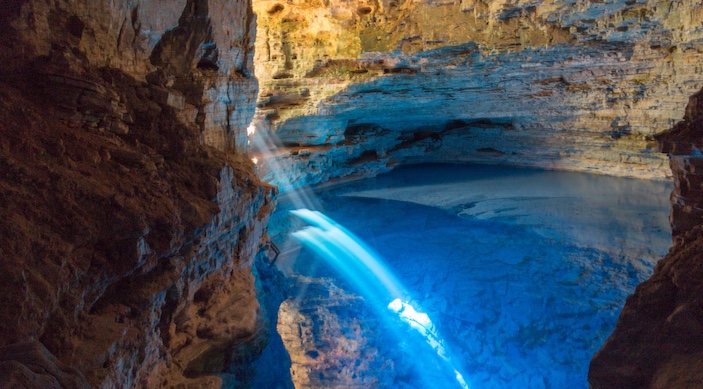 Located in Brazil’s Chapada Diamantina National Park, Poço Encantado (Enchanted Well) is an easily accessible cave with an underground lake and a natural window out to the jungle. At certain times of day between April and September, the sunlight falls in through a crevasse and hits the crystal clear water in the cave turning it a deep, mysterious blue. Below the surface, ancient tree trunks and rock formations appear very close despite the water’s depth of 200ft. Poço Encantado is a fragile ecosystem so unfortunately, you’re not allowed to have a swim.