Dave Bautista doesn’t want to get set on fire Remember when Dave Bautista was a wrestler? He’s not one anymore. Now he’s a movie star, thanks to the first “Guardians of the Galaxy.” As literal-minded behemoth Drax the Destroyer, he’s the gang’s most powerful kicker of alien ass. In the new sequel “Guardians of the Galaxy Vol. 2,” he makes for a reliable source of deadpan comic relief as well. He even gets to play a little emotional this time around, mourning his lost spouse and tiptoeing around a flirtation with an unusual newcomer.

Underneath lovable lunkhead Drax’s red-and-blue facepaint, however, Dave Bautista’s human after all. We talked to the actor, 48, about scoring Bruce Lee tapes, Florida and his reasonable reluctance to be set on fire.

How does the skill set of wrestling translate to acting for the screen? There’s kind of a performance element to wrestling, no?
There’s really no similarity between the two. Some of the things I picked up from the job of wrestling carried over into the film industry, but not so much as far as performance. They’re so different.They’re apples and oranges. Wrestling is so big and so broad, and it’s a very physical performance. Acting is very small and very intimate, it’s much more precise.

Doing film stunts must be a completely different animal than physical sparring. How do those stack up against one another?
As far as fight choreography in films goes, I love doing it. I prefer to do it myself. But I have a very capable stuntman, who I’ll call without hesitation if there’s a bigger stunt. For example, there was a part in “Spectre” where I had to get set on fire, and I was very honest right from the beginning: I just had absolutely zero interest in getting set on fire. Like, “I would really appreciate not getting set on fire.”I don’t have that type of personality where I can prove I’m a tough guy by letting someone set me on fire.

I recently saw a quote from someone — I can’t remember who, I want to say Tom Cruise but I know that’s not it — saying that it’s a matter of putting the work above pride, something about not wanting to jeopardize a production just to prove you’ve got big balls.
Absolutely. But that wasn’t Tom Cruise, I can tell you that.

Right, because doing his own stunts is his whole thing. [Ed. note: It was Danny Trejo, who said “I don’t want to risk 80 people’s jobs just so I can say I have big nuts.”]
I’ve been on a film where I’ve gotten injured, and the whole production just has to shut down. So it doesn’t make sense to draw all that trouble over something stupid. I’m just not qualified to get set on fire. 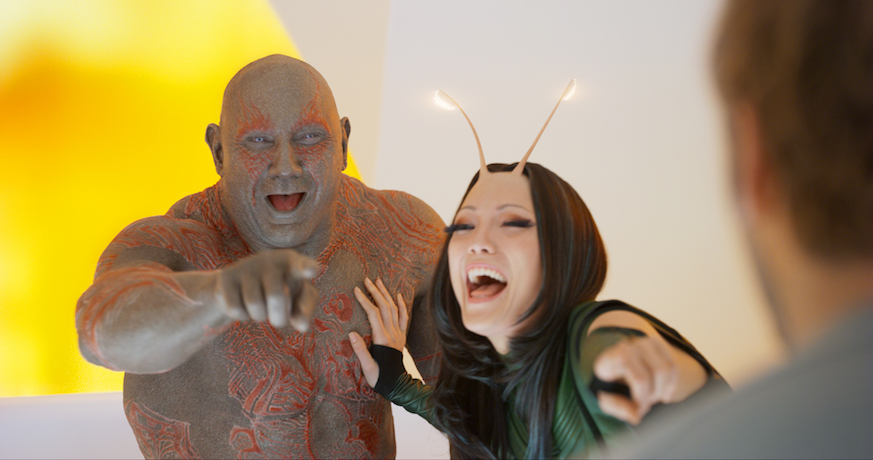 The first time I saw you onscreen outside of wrestling was “The Man with the Iron Fists, “the old-school kung fu movie from the Wu-Tang Clan’s RZA. Were you big into the classic martial arts films like he is?
I actually grew up on ’em. I’m from Washington D.C., and I remember taking road trips when I was a teenager with a buddy of mine to New York so we could buy kung fu movies on Betamax. You couldn’t get them anywhere else but New York — the Shaw Brothers movies and that kind of thing. But when I was growing up, I didn’t care who made them. I didn’t know the Chinese stars by name; we barely understood all the wire-work that went into these movies. We were amazed by the fight sequences, and we liked making fun of the dubbing, too. I wanted to be Bruce Lee, so I’d take my mom’s red lipstick and make the cut marks from Enter the Dragon on my chest.

It looks to me like you’re about to get bumped up to the next level of stardom — you’ve landed a major franchise, you got a Sundance hit with “Bushwick,” you’re going to be in “Blade Runner 2049” this fall. Has there been an adjustment, going from the fame of a wrestler to that of a movie star?
I live in Tampa, and I live a very simple life. I don’t get recognized that much, and when I do, I’d say 95 percent of the time it’s from wrestling. People still don’t make the connection with “Guardians of the Galaxy,”or if they do, it’s because they followed me there from wrestling. I don’t mind it. It makes sense; I was on TV every week for almost 10 years, so of course that’s what they’ll know me from.

Florida’s a weird state. The most bizarre crime reports all come from Florida, I’ve noticed.
My mom always says she likes coming to visit me in Florida just to watch the news. She lives in San Francisco and she just loves it. It’s like watching “The Jerry Springer Show.”