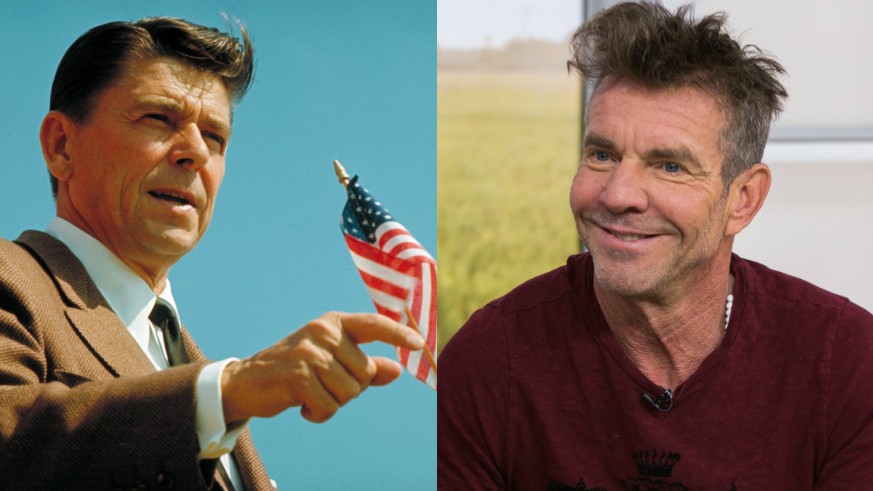 Director Sean McNamara has confirmed that Dennis Quaid will play Ronald Reagan in the long touted biopic for the 40th President Of The United States, while also revealing when production will begin and when the film is scheduled for release.

On Tuesday I had the chance to speak to McNamara about his upcoming real-life sports drama “The Miracle Season.” Towards the end of our chat I asked the filmmaker about his planned Reagan biopic, which was announced back in August 2016 and was actually supposed to shoot in Spring 2017.

Obviously things went a little off schedule. But they’re back on track now, because, as well as the presence of Quaid as Reagan, McNamara confirmed that production will begin in September and that the film is due out in the summer of 2019, plus he revealed some of the events it will cover, too.

“Dennis Quaid is playing Reagan and we are going to start shooting it in September. It will be out the summer of 2019. It is kind of like a slice of life film.”

“It starts when he is a little kid and it follows his rise through Hollywood when he gets to be the President of SAG, Governor of California, the President of The United States, knocking down the Berlin Wall and then his last years with Alzheimer’s in Santa Barbara. So it literally covers his whole life.”

When the Reagan biopic was originally announced it was also revealed that “Space Cowboys” writer Howie Klausner had written the script, Mark Joseph was producing, Ralph Winter was executive producing and that the film would have a budget of $25million.

At this point it was also reported that David Henrie (“Wizards Of Waverly Place”) would play a young Ronald Reagan and that Robert Davi would star as the former Soviet Union leader Leonid Brezhnev.

Those finer details are yet to be reconfirmed, but with Dennis Quaid now on-board and production just a couple of months away, we can expect updates in the near future.

In the meantime, make sure to check out Sean McNamara’s latest film “The Miracle Season,” which is due out on April 6.