Free-agent wide receiver Dez Bryant is still waiting to catch on somewhere in the NFL as training camp begins. It looks as though he has some interest from an AFC North team.

Mary Kay Cabot of Cleveland.com reported on Wednesday afternoon that the Browns have “discussed” signing the 29-year-old pass catcher.

It’s rather surprising that Bryant has not been snapped up by an NFL team as of yet. While he hasn’t necessarily been performing at the Pro Bowl level that saw him record three-straight seasons of 1,200-plus receiving yards from 2012-2014, Bryant still is an above-average playmaker. 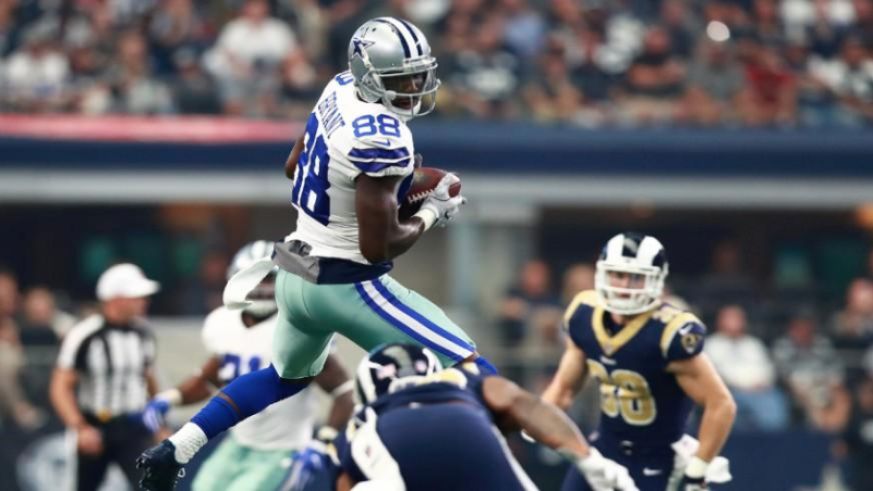 During his final season with the Dallas Cowboys in 2017, Bryant amassed 69 catches for 838 yards and six touchdowns. All three of those numbers led the team.

But a contract dispute saw Bryant’s eight-year stay in Dallas end abruptly despite having three years left on a five-year, $70 million contract. Suddenly the receiver was too expensive for the Jerry Jones-owned team.

The Oklahoma State alum has been linked to a few teams this offseason, including the Baltimore Ravens, who looked set on signing him. But Bryant turned down a multi-year off in hopes of proving himself on a one-year deal that would yield a larger contract after the 2019 season.

Why would Dez Bryant want to go to the Browns?

Once upon a time, going to the Cleveland Browns was like being exiled into the NFL’s equivalent of Siberia.

The Browns went 0-16 last year, but have had an incredibly busy offseason that looks as though things have turned around.

Not only did they trade for Buffalo Bills starting quarterback Tyrod Taylor, but they also drafted Oklahoma’s Heisman Trophy winner Baker Mayfield as the future man under center. To help their quarterbacks out, Browns GM John Dorsey has put together one of the best-looking wide-receiving corps on paper as he picked up Jarvis Landry from the Miami Dolphins to join Josh Gordon and Corey Coleman.

The addition of Bryant would give Cleveland quite the four-headed monster at the position and ensure that Taylor (or maybe even Mayfield) will have no shortage of talented targets to look at.