Did Ariana Grande cheat on Mac Miller? - Metro US
Celebrities Back in May, Ariana Grande and Mac Miller ended things after two years of dating.

Before long, she was linked to actor Pete Davidson. The following month, the Nickelodeon alumna, 25, and the SNL star, 24, were engaged.

“It’s a recent engagement,” a source close to the couple told PEOPLE at the time. “They’re just two people who found love quickly and make each other happy all the time. They both started talking about it this past weekend. It’s nothing they’ve been hiding.”

When it comes to the Ariana Grande and Mac Miller breakup, their failed love isn’t uncommon, according to Miller.

“I was in love with somebody. We were together for two years. We worked through good times, bad times, stress and everything else,” Miller said in July. “And then it came to an end and we both moved on. And it’s that simple, you know?”

In terms of the engagement, Miller said, “I haven’t been on the Internet. People have [asked] … ‘Are you OK? Is everything OK?’ … It just all seemed kind of unimportant, the need to show people I was OK.”

Grande’s fans were supportive, though some, naturally, wondered if there was an overlap between the Miller breakup and Davidson.

People were quick to ask: Did Ariana Grande cheat on Mac Miller? The “God is a Woman” singer addressed these rumors this week. 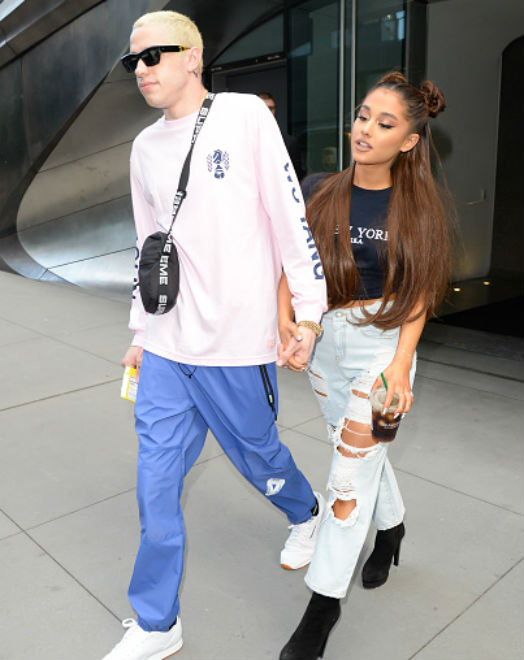 Grande has been promoting her fourth studio album, entitled “Sweetener,” on social media. One of the songs is named after Pete Davidson.

Tuesday, a fan reportedly commented on a photo posted to the Sweetener Instagram account, “Pete Davidson will be the song I will skip all the time.” Grande responded, “Awwwww boo f**king hoo Alexa play Pete Davidson.”

The same fan then wrote of Ariana Grande and Mac Miller, “Ari cheated on maccccccc.” (This is clearly very mature.) To which, Grande replied, “I didn’t but go off. Can u like … go stan someone else? Ur boring.”

#ClapbackSeason: #ArianaGrande has had enough ??

So, did Ariana Grande cheat?

No. And besides, we’ll never truly know for sure what goes on in celebrities’ lives. All we can really do is wish them the very best — and Grande seems at peace with her past relationship and her current road to marriage.