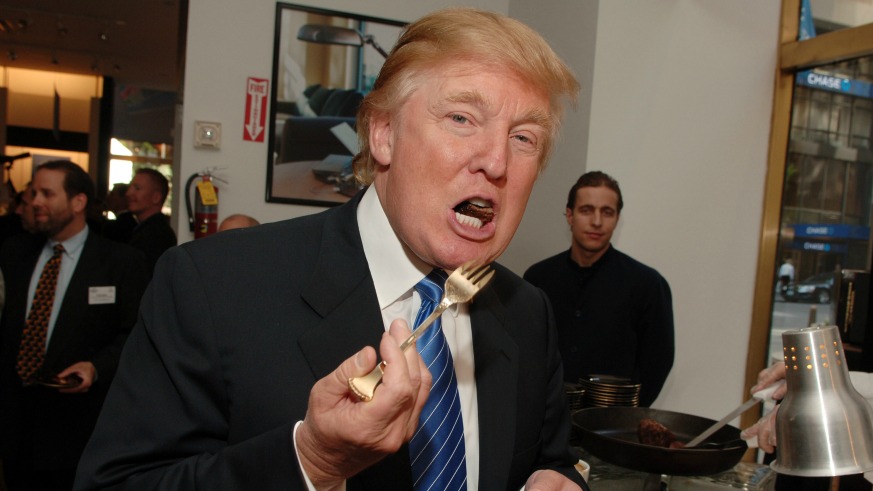 In today’s edition of Someone Not Thinking This Entirely Through, the Republican National Committee has launched a contest for one lucky winner to have dinner at the White House with Donald Trump. The RNC quickly found that the only thing more unpalatable-sounding than the president’s beloved well-done steak with ketchup is the chance to consume it with the person who is currently the world’s most infamous dinner companion, using the meal to make people personally embarrassed or generally uncomfortable.

The contest is a fundraiser for the Trump Make America Great Again committee, an online fundraising group for Trump and the RNC. The funds will go toward Trump’s re-election campaign or the 2020 Republican primary. Applicants can donate amounts ranging from $1 to $2,500. For those interested in a return on their investment, the application page lists the “retail value” of the prize at $3,000.

You could win dinner with President Donald J. Trump! Enter for your chance today. https://t.co/FXCIyJBqCd pic.twitter.com/WnyLrcWJVH

I’d rather have dinner with Hannibal Lecter.

I’d rather BE Hannibal Lecter’s dinner.

Democrats could double this fundraiser: “Enter NOW for No Chance Whatsoever of Having To Eat With #Trump“

The contest comes on the heels of fired FBI Director James Comey’s revelation that Trump invited him to a one-on-one dinner in which he said, “I need loyalty. I demand loyalty.”

“My instincts told me that the one-on-one setting, and the pretense that this was our first discussion about my position, meant the dinner was, at least in part, an effort to have me ask for my job and create some sort of patronage relationship. That concerned me greatly, given the FBI’s traditionally independent status in the executive branch,” Comey said in a memo ahead of his testimony on the matter before Congress.

Yesterday, it was reported by the Washington Post that the president is under investigation for possible obstruction of justice for asking Comey to drop the investigation into former security adviser Mike Flynn and his connections to Russia.

This month, NPR reported that Americans are gorging on comfort food to deal with the stresses of the Trump administration and gaining weight, coining the term “the Trump 10.”